Dr. Nicholas Nikolov shares his thoughts about the economy and aesthetic

Plastic surgery
is a commonality in our society now as has an increasing desire for
youth. In this economy, people are still getting procedures done,
though perhaps differently than before. Board certified plastic surgeon
Dr. Nicholas Nikolov
of The Nikolov Center for Plastic Surgery recently spoke with the
Beverly Hills Courier about his views on the economy and its effect on
plastic surgery. Appearing young is no longer just about vanity, it’s
about getting or keeping employment.

END_OF_DOCUMENT_TOKEN_TO_BE_REPLACED

Plastic surgery is on a huge surge in
American culture where more than $10
billion was expended on it in 2008, a figure
expected to quadruple by 2015.

The old saying “youth is wasted on
the young” rings with a high shrill these
days. The advent of modern technology
and the Internet has gone the fastest period
of modernization ever to the business
environment. Looking savvy and vibrant
often means the difference between
becoming employed or staying employed.
One must have experience and a youthful
fresh appearance to stay competitive
whether in the executive suite or in the
general workforce.

END_OF_DOCUMENT_TOKEN_TO_BE_REPLACED

”It’s a cultural change,” says Dr.
Nicholas Nikolov, a Beverly Hills plastic surgeon who has recorded a 30
per cent increase in male clients over the past three years. “The
perception is that people who are energetic and capable look youthful.
Patients want to look younger so that the outside matches their
enthusiasm and vigour inside.” – Dr. Nicholas Nikolov

END_OF_DOCUMENT_TOKEN_TO_BE_REPLACED

How to Score a 10: Plastic Surgery for Men 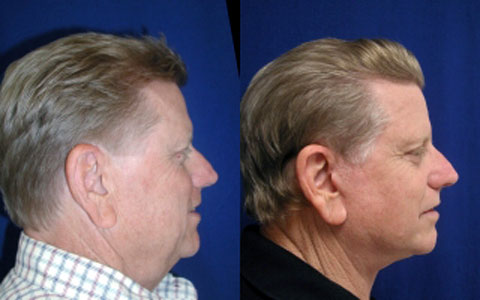 According to movies, television shows and best selling
novels, the ideal look for a man must include 6 pack abs, a chiseled
jaw line, perfect pecs and oh, flawless skin… a tall order for even the
macho-est of the species.

So, more and more…men are turning to NIPS/ tucks and implants to achieve perfection.

In
a recent phenomenon, men now represent a growing segment of the
aesthetic surgery market. According to a February, 2008 consumer
survey, 57% of men approve of cosmetic surgery, with 20% saying they
would consider plastic surgery. Surprisingly, seventy-nine percent
(79%) of American men surveyed say they would not be embarrassed if
people, in addition to their family and close friends knew they had
undergone cosmetic surgery. Renowned plastic surgeon, Dr. Nicholas
Nikolov of The Nilolov Center in Beverly Hills, states “approximately
20% of my facelift patients are men.”

END_OF_DOCUMENT_TOKEN_TO_BE_REPLACED

Nicole Prentice Williams President, Prentice Williams Media
In the more than 25 years I have worked with Arlene Howard, she has always been a consummate professional. When you work with Arlene, you know you are getting the best. Her word is your bond, and she has a dedication to her clients that is unparalleled.

John Salamone
Dearest Arlene, I have good news to share with you! Our show America Now has been nominated for an Emmy in the Outstanding Lifestyle Program category. I want to thank you for all of the support you gave our show. We considered you one of the team and believe your efforts and the contributions of your very talented clients contributed to our rating success and now our nomination! Please stay in touch!