NEW YORK (MainStreet) — When Doug Pitman, M.D., sold his private practice to a hospital group 16 years ago, he had to see more patients, which meant less time with them. Eventually, he moved on and became a concierge doctor.

“There is no substitute for time spent with patients,” Pitman says. But this time squeeze is all part of a larger trend.

The number of hospital-owned physician practices in the U.S. more than doubled from 2002 to 2008. While in theory hospital-owned physician practices may enhance communication, reduce repetitive tests, ease coordination of care and contain costs, a recent study shows prices for patients in these practices, and their private insurers, have actually increased.

Acquiring practices increases the clout of hospital-owned physician practices “and their negotiating power withinsurance companies,” Harvey says. However, as a consequence, these primary care doctors “lose their independence because they are required to refer patients who need specialist treatment or diagnostic services … only to specialists and diagnostic centers that are also owned by the hospital,” he says.

That close tie appears to affect how much patients are billed.

Researchers at Stanford University examined about 2.1 million claims from non-elderly privately insured individuals from 2001 through 2007. They found that hospitals that owned physician practices had higher prices. The study was published in the journal Health Affairs.

The researchers note that “hospitals may still be sharing profits with physicians who opt to treat patients at more costly facilities or with more costly procedures than is medically appropriate.” 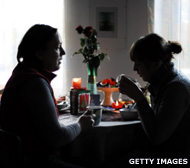 The study didn’t look at the effect of hospital-owned physician practices on patient health outcomes.

The researchers noted that Affordable Care Act creates incentives that will likely increase the number of medical practices legally tied to hospitals, whether by ownership or contract. The ACA “rewards doctors and hospitals that join together in an accountable care organization (ACO) by making them eligible for cash bonuses from Medicare,” the researchers wrote.

–Written by S.Z. Berg for MainStreet

Akikur Mohammad M.D., CEO, Inspire Malibu
I feel very comfortable referring my clients to Arlene Howard PR as she gets results and always delivers what she promises.

Patty Glaser Glaser Weil Fink Jacobs Howard Avchen & Shapiro
Arlene and her team are a no nonsense, hardworking, leave-no-stoneunturned bunch. They do it all, and at warp speed. No baloney or false promises, just results, guaranteed to get your phone ringing o the hook, re you are prepared for it, definitely beyond your wildest dreams.