A Brazilian Butt Lift for a Rounder Rear End

Ah, the plight of modern woman: excess fat where you don’t want it and not enough volume where do want it on your body. For many years, women have asked, “Why can’t you take this and move it here?” referencing belly fat to the breast or buttock region. Now you can. Using the fat transfer procedure, many revolutionary techniques have emerged to better hide potential scarring and ensure better grafting results to the derriere.

For quite some time, the focus has been on breast augmentation but now attention has moved down south… and behind to the buttocks. Traditional buttock augmentation has been performed with an implant, not dissimilar to a breast implant, but this procedure was fraught with complications post-procedure. As recently seen on The Doctors, a new technique founded by Dr. Constantino Mendieta, The Miami Thong Lift offers patients a fuller and rounder buttock with little or no scarring.

One of the key points Dr. Mendieta makes is to have a successful Brazilian Butt Lift, you must have an excess of fat to move to the buttocks. In some cases, he will send his patients to “Booty Camp,” a diet in which the patient is to gain approximately 20 lbs so there is excess fat to remove and transfer.

A Brazilian Butt Lift is a 2 part procedure: first, unwanted fat is removed through liposuction which is then harvested. In the second part of the procedure, fat is injected into the buttock area to fill out and create rounder and shapelier buttocks. The Miami Thong Lift differs from the Brazilian Butt Lift based on the injection site. Fat is transferred through the crease between the buttocks, successfully hiding any eventual scar that may form. In some of Dr. Mendieta‘s cases, he may add up to 1 and a half pounds of fat per buttock.

After the procedure, a period of 3-6 months is needed to see if transferred fat cells will survive. If they do survive, according to Dr. Mendieta, transferred fat should live as long as if the fat were still in the original site, meaning the diet/exercise resistant fat typically used for transferring purposes should retain it’s same properties in the new site.

Another technique featured on The Doctors, the Columbian Hi-Def Butt Lift has been perfected by renowned Denver board certified plastic surgeon Dr. David Broadway. Utilizing VASER Hi-Def liposculpture, Dr. Broadway uses ultrasound to gently break fat away from their connective tissue during the fat extraction part of the procedure. According to Dr. Broadway, the VASER Hi-Def ensures that more of the extracted fat remains intact and viable for transfer.

Actual Before and After Results of Columbian Hi-Def Butt Lift by Dr. David Broadway

As with the Brazilian Butt Lift, the Columbian Hi-Def Butt Lift is a 2 part procedure that is performed in one session. After harvesting the fat, Dr. Broadway injects it into the buttocks to add volume, shape and sculpt the area for a more rounded and pronounced behind. Not only is fat injected in the fatty layer of the buttocks, it is also injected into the muscle. 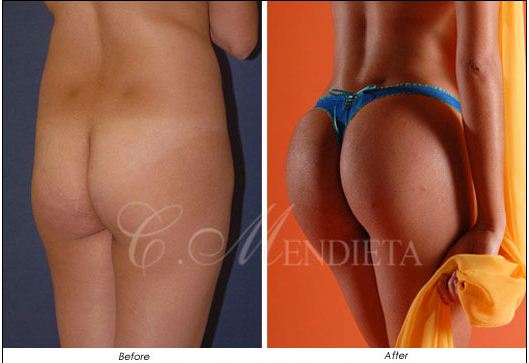 If you are a medical professional or corporation looking for extraordinary people to relay your good news to the media, look no further. Arlene Howard and her staff give focused and enthusiast PR services that go beyond the industry standard. Her approach to PR is a team effort and you must meet her, there's no one like Arlene to get the message out.
April Neale
As we sought to establish our boutique medical practice in Los Angeles, we needed a crack PR firm to break ranks and to lead the pack. We found Arlene Howard. For designing and executing brand awareness, Arlene and her firm are second to none. Arlene Howard PR is truly the industry prophet. Master of their craft, their industry connections are literally Who’s Who in Los Angeles. They also knew our needs and addressed them like we were family. Their pitches were spot on. Arlene Howard herself has twice the energy of those half her age and clearly holds a deep love for what she does. Throw in her creative, out-of-the-box thinking and her razor-sharp wit and watch things fly! For us, AHPR led us to placement in the New York Times, Playboy, US News and World Report and the Atlantic Monthly and a host of others. With this wickedly good skillset, Arlene Howard’s firm produced the only thing that matters: Results. Impact. Visibility. Awareness. Reputation. Connection. On a 5-star scale, they score an easy 6.

Paul Turek MD, FACS, FRSM Director, The Turek Clinics
I am a board certified plastic surgeon in Beverly Hills and have worked with no less than 4 different PR companies prior to working with Arlene and her team.  I had worked with large as well as small boutique firms.  At the end they were all the same. They promise you the world and then are nowhere to be found.  Arlene and her team not only have done what we intended but so much more.  Arlene is tenacious, persistent and tireless and will do what it takes to get the job done.  I recommend her with confidence and pleasure.