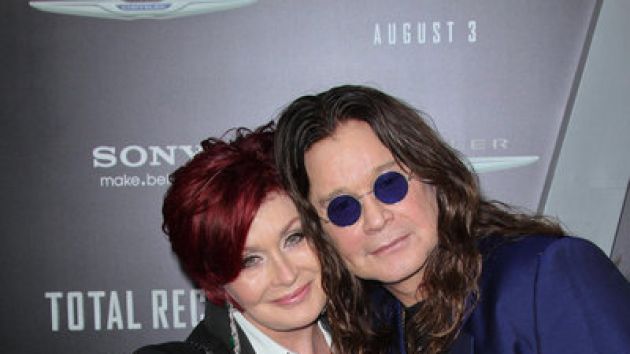 Everyone pulling for Ozzy and Sharon, addiction expert says Ozzy ‘must keep trying’

Classic American TV from the 1950s featured “Ozzie and Harriet,” a family that weathered the trials and tribulations of married life with teenage children.

The MTV reality TV series “The Osbournes” aired from 2002 to 2005, and brought us the antics of a different Ozzy, rocker Ozzy Osbourne and his wife of many years, Sharon Osbourne and two of their three children. The show was a huge hit and a raucous glimpse inside an unconventional traditional family who were, like the fictitious “Ozzie and Harriet,” cemented together with love despite their many well publicized demons.

Today, the tabloids are filled with reports that Sharon Osbourne may be divorcing Ozzy after all these years, but today reports surfaced through an interview Ozzy granted Rolling Stone magazine that refutes these rumors. He admits, ‘I have been drinking and taking drugs’ for 18 months,” and he further apologizes publicly to his family for his relapse. He also denies the divorce talk.

Black Sabbath is prepping for the June 11th release of their new album 13, which marks the group’s first release with Osbourne on vocals since 1978′s Never Say Die! The band will premiere a new “End of the Beginning” will premiere on the May 15th season finale of CSI: Crime Scene Investigation. Black Sabbath have announced four North American concert dates this summer.

Ozzy Osbourne used Facebook yesterday, saying, “I was in a very dark place and was an asshole to the people I love most, my family,” the Black Sabbath frontman wrote. “However, I am happy to say that I am now 44 days sober.”

At stake is Osbourne’s 31-year marriage to wife and manager Sharon Osbourne. “Just to set the record straight, Sharon and I are not divorcing,” he wrote. “I’m just trying to be a better person.”

Addiction expert Dr. Damon Raskin of Cliffside Malibu (www.cliffsidemalibu.com) spoke to Monsters and Critics this morning and shared his feelings that many addicted and alcoholic patients must keep trying, even after falling off the wagon, to preserve their family life as a lifeline and anchor for recovery efforts.

Dr. Raskin says, “I am a doctor with a family who treats families, many with a member who is addicted to alcohol or drugs. Just like Ozzy is showing us, it is clearly never too late to get help and get sober. I have helped treat many patients at all stages of readiness for recovery, and even if someone has relapsed many times, families should never give up on their loved one. Family involvement can be crucial in giving the addict hope, but avoiding enabling the addict is the key. This often takes the help of professionals and why families should not be doing this on their own. At Cliffside Malibu where I treat many addicts, involving family members is a crucial part of the rehab strategy and allows the addict the help they need to get to the root of why they feel the need to mask their pain with alcohol or drugs.”

John Salamone
If you are a medical professional or corporation looking for extraordinary people to relay your good news to the media, look no further. Arlene Howard and her staff give focused and enthusiast PR services that go beyond the industry standard. Her approach to PR is a team effort and you must meet her, there's no one like Arlene to get the message out.
April Neale
Arlene Howard is one of the best, if not the best, in her field. She has been in the business for a long time, which means she's very well connected and knows all the ins and outs. She doesn't accept anyone that just walks into her office, but when and if you are fortunate enough to be her client, she will love you and she will fight for you. Can't be more grateful to work with Arlene.