Hollywood’s Fascination with Drugs and Addiction 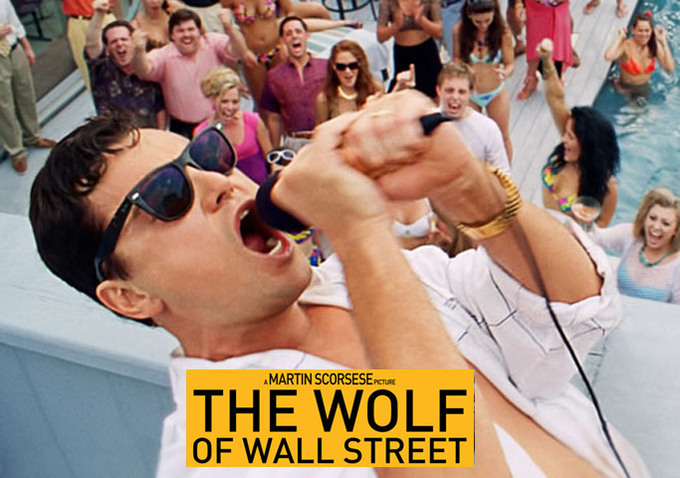 One of this year’s hottest films is The Wolf Of Wall Street with 5 Oscar nominations, including Best Picture and Best Actor. The story touches on the high times of the 1980s when money and power where as addictive as the drugs these financial con-artists were using. The theme of drug use in film is not new, but is it cool to glamorize it?

According to the Substance Abuse and Mental Health Services Administration (SAMHSA), roughly 18.9 million Americans abuse drugs or alcohol each year. Because of its prevalence in society, it’s not surprising that so many movies have been made about this topic.

Based on the memoirs of Jordan Belfort, The Wolf of Wall Street chronicles Belfort’s rise in the world of high finance and the havoc his fast paced life caused. Played by Leonardo DiCaprio, Belfort finds himself not only addicted to cocaine and Quaaludes, but at the center of an FBI investigation that closes his firm, has his friends and past lovers turning on him, and sends him to jail.

Across The Universe (2007)
Morphine, Cocaine, MDMA

A movie musical, this film features songs from The Beatles. Set during the time of the Vietnam War, the story is about Jude, a poor shipyard worker from Liverpool, and his romance with an upper-crust American girl. The film delves into the psychedelic world when the characters drink LSD laced punch during the musical number “I Am the Walrus.”

Blow is a biopic film about “Boston George” Jung, portrayed by Johnny Depp. Starting out small, as a local beach pot dealer, Jung finds his way into the international drug smuggling trade with the likes of the notorious Pablo Escobar. Penelope Cruz does an outstanding job playing his cocaine-crazed wife and Paul Reubens stands out as the local supplier who starts Jung on his way to fame and eventually prison.

Traffic is a unique and compelling film that examines the drug trade from several different angles; the traffickers, law enforcement, a politician and an addict. The movie, directed and shot by Steven Soderbergh, is woven together with a unique tint of color so viewers can distinguish and follow the different stories. The ensemble cast, including Michael Douglas and Catherine Zeta-Jones, delivers stellar performances.

Because of the pervasiveness of substance abuse in society, it is unlikely that drug and alcohol addiction, as well as the illegal business surrounding it, will stop being a subject filmmakers explore. The controversy that these films glorify addiction will also likely continue. However, there can be no argument that many films depict the utter destruction and desperation that is the reality of those caught in the grip of substance abuse.

Christian Bale plays the character of Patrick Bateman, a rich, young investment banker turned serial killer in Manhattan. This film explores the lavish culture of greed and narcissism in the 1980s. Though Bateman would seem to have it all, money, designer clothes, invitations to the most exclusive parties, his cravings transform him into a psychotic murderer.

This intense and gritty film travels into the desperate world of drug addiction and the different forms it takes. Starring Ellyn Burstyn, Jared Leto, Jennifer, Connolly and Marlon Wayans, this film is about the delusions these drug-addicted characters live with, and the painful consequences of their destructive habits.

With an ensemble cast of powerhouse actors like Tom Cruise, Phillip Seymour Hoffman, Julianne Moore and William H. Macy, Magnolia is riveting. The film is set in Los Angeles’ San Fernando Valley, and follows an array of characters as they seek forgiveness, love and meaning in their lives.

Adapted from Hunter S. Thompson’s novel of the same name, Raoul Duke, portrayed by Johnny Depp, and Dr. Gonzo, played by Benecio Del Toro, journey to Las Vegas to report on a motorcycle race. The pair never gets to their work though. Instead they experiment with a wide variety of drugs, which fuels violence, car wrecks and wild hallucinations.

Considered by the British Film Institute to be one of the top 100 films of all time, Trainspotting is about a group of friends, their life in Edinburgh, and their struggle with heroin addiction. The film is set in the late 1980s and is supported by a great ensemble cast, including actors Ewan McGregor, Kelly Macdonald and Robert Carlyle.

In this film, a crew of drug addicts supports their habit by robbing hospitals and pharmacies. Matt Dillon stars in the lead role, playing the character of Bob Hughes. After a tragedy involving the crew, Hughes attempts to get sober during the course of the story. He learns it’s not as easy as he thought it would be. Never leave a hat on the bed.

This biopic film is about Sid Vicious, the bassist from the punk band the Sex Pistols, and his chaotic, drug-fueled relationship with Nancy Spungen. Gary Oldman plays Sid Vicious. Sid and Nancy’s addiction to heroin lead to the breakup of the Sex Pistols in the middle of their American tour. Sid tries to launch a solo career with Nancy’s help, but the couple’s addiction ultimately causes Nancy’s death and Sid’s fatal overdose.

Al Pacino stars in this iconic film about Cuban refugee Tony Montana. Montana arrives in Miami penniless and works his way up the drug trade to become a kingpin. Montana’s relationship with a previous partner deteriorates, and as the film climaxes, Montana snorts from a giant pile of cocaine and prepares for violent gunfight to the death.

John Salamone
As a former producer on a prominent TV news franchise, I met and got calls from publicists on a daily basis. While I have good relationships with several of them, Arlene is one of the few whom I truly trust and respect. So it was a no-brainer that when it came time to promote my book, Healing Herbal Soups, I would enlist Arlene to do the PR. Not surprisingly, she delivered with flying colors.
Genevieve Wong Producer | Writer | Journalist
Arlene and her AHPR team are simply the best in the business, the “A Team.” Arlene was recommended to me by a physician friend of mine for whom she had coordinated national media spots on top shows like the Today Show and Nightline. Arlene and I have only been working together for a few months, yet she has already arranged appearances for me with Forbes and Wall Street Journal, and I am on track to be on The Doctors as well…such an amazing accomplishment! Arlene and her team are dedicated, hard-working, creative, successful, and to top it off, they are so fun to work with. Arlene truly takes her clients’ interests to heart, and she rejoices and takes pride in their ultimate success! I highly recommend Arlene and her “A Team!”