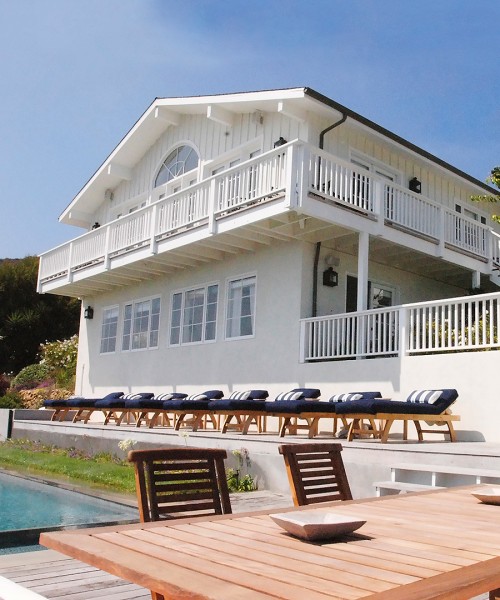 Cliffside Malibu goes the extra mile (and then some) for its patients.

Cliffside Malibu–with its heated lap pool, meditation garden and luxurious bedrooms–resembles a five-star boutique hotel much more than an average rehab center. And that’s just the way founder (and former addict) Richard Taite likes it. For Taite–who at his lowest point could only afford to eat one Big Mac per week–it’s all about being attune to patients’ needs, even if that means providing a DVR in each bedroom so patients can watch their favorite shows before bed.

Below, Taite shares the inside scoop on the world-class treatment facility once home to the likes of Lindsay Lohan, Scott Disick and Ty Lawson.

“I was caught between careers and had just purchased a home in Malibu that was way too big for me as a single guy. I thought, I’m going to find an appropriate sized house for myself, and within a few days I started a sober living facility on premises, but quickly realized that what I was doing was providing top-notch treatment. I went ahead and got licensed in 2005 and we opened a full-fledged treatment facility.

2. Doors are not locked.

“I can’t duct tape these people to a coffee table and say don’t leave me until you’re ready. It’s a free country. They can go whenever they want. It has to be an attractive place that they want to come to.”

3. Cellphones, laptops and other communication devices are allowed, but not during the first 72 hours.

“During the first 72 hours, you’re detoxing. I had a guy here at the beginning that lost $100 million bucks making stock trades while he was detoxing. I was so freaked out that this guy lost that kind of money, I almost had a heart attack. So, I set a policy that no one would ever have their phone or their laptop for their first 72 hours. It gives them an opportunity to gain mental clarity. They’re not going to make emotional snap decisions while they’re loaded.”

A private room at Cliffside Malibu

5. There’s almost always a waitlist to get into the facility in general, too.

“90 percent of the time there’s a wait to get in. I’ve had very prominent, well-known people that have not been able to get in for a week or two and had to make an appointment. They would not go anywhere else.”

“It has to be the right type of pet. I can’t have a pit bull here. I’m not feeling that, but if you have a little sweet Maltese that fits in your purse and doesn’t bark and doesn’t bite and doesn’t shit all over the house, as long as you have a private room, you can bring your dog.”

7. Patients can’t have a car during their first 30 days.

“It’s not a lockdown facility, it’s a voluntary program. People can leave whenever they want, but they can’t come back if they leave without it being co-signed. You can’t just walk in and say, ‘I’m going to get my hair done.’ That has to be approved. If you’re open and you’re taking things in and you’re really accessing all that we have here and you want to go get your hair done once a week, we have a driver. We’ll throw you in an Escalade and take you to Beverly Hills to get your hair done in between your sessions and bring you back. But for the first 30 days, you can’t have your own car. You’re in treatment.”

8. Special accommodations can always be made.

Matthew Jacobson CEO, SignatureMD
As the inventor of ULTRA-TOOTH and partner of Biodent, Inc. I want to categorically state that our experience with AHPR, Inc. -Arlene Howard PR has been beyond expectations. They deliver what they promise in the exact time frame. They have significantly raised our media profile. Their entire team's work ethics are exceptional. I have had prior PR experiences that fell far short of the promises made but not AHPR. In my book they are the best in the business!

Sargon Lazaroff Biodent, Inc.
Arlene's communication skills are only surpassed by her persistence to get the job done-and done right. She's the person you want on your team.