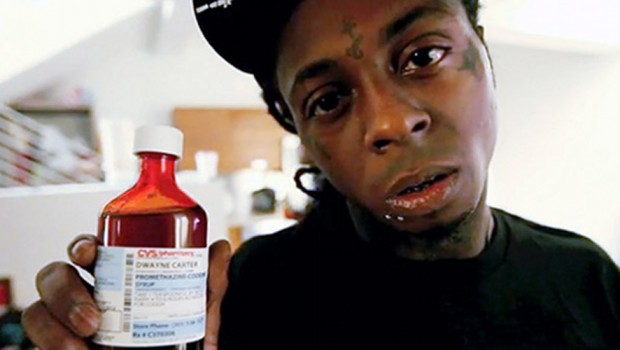 Given that the rapper is a somewhat of a poster boy for the concoction, with the Los Angeles Times recently running a story about the recreational drug, which is a fruit punch that is mixed with a prescription grade cough syrup with codeine and promethazine, there are fears that fans will follow in his footsteps.

And in a story that is making its way around the tabloids, Lil Wayne’s mother, Jacida Carter is quoted as saying this: “Why you always gotta pick on my boy? Sure he’s had a couple of seizures but that’s because he works so hard. You can’t blame my son for wanting to unwind a bit after a hard day, would you be picking on him if he drank cognac and smoked cigars like George Clooney? No you wouldn’t would you. I think the media is making it a racial thing – like they are stereotyping my son. My Lil Wayne prefers weed and Sizzurp and that’s HIS choice, don’t judge a man for his medicine.”

Now this drug, which is highly addictive and technically legal, is trickling down from the rappers to their audience who look up to them and learn from them.

Dr. Damon Raskin, a double board certified internist and addiction specialist with Cliffside Malibu Treatment Center has seen an uptick in Sizzurp users in the last year.

“Yes I have treated patients with addictions to codeine cough syrup. The use of codeine cough syrup is a serious problem, just as bad as any other opiate like OxyContin or heroin. The fact that these rappers are role models for our youth is tragic, and sends a terrible message to our young people that this stuff is ok to do. It is also attractive to teens due to its pastel color and sweet taste when mixed with fruit juice. Most users don’t realize just how addicting codeine can be, and the dangers of overdose, accidents and death are real.”

And worryingly, he adds: “Sizzurp is definitely posing a big problem with American youth, especially in the African-American communities where Lil’ Wayne is very popular.”

We hired Arlene and her team to publicize our Peel and skin care line in 2016 after interviewing several other companies. We found Arlene and her entire team to be hardworking, responsive and genuinely excited about our product. They quickly understood our product, our PR targets and how to get our product out there to TV, print and online media. Arlene got us on several national TV shows within a short time period. I recommend AHPR without hesitation if you want an established, hardworking and well connected team of professional to publicize your product or service.
Nafeh Sebai CEO: The Perfect Derma
Arlene's communication skills are only surpassed by her persistence to get the job done-and done right. She's the person you want on your team.

Lee Iacocca Business Icon
I have known Arlene personally and professionally for over 25 years. In all that time I can say without a doubt she takes better care of her clients than any other public relations person I have known. Her communication skills are only surpassed by her persistence to get the job done – and done right. She’s the person you want on your team in a time of crisis as well as the person you want in your corner as a friend.