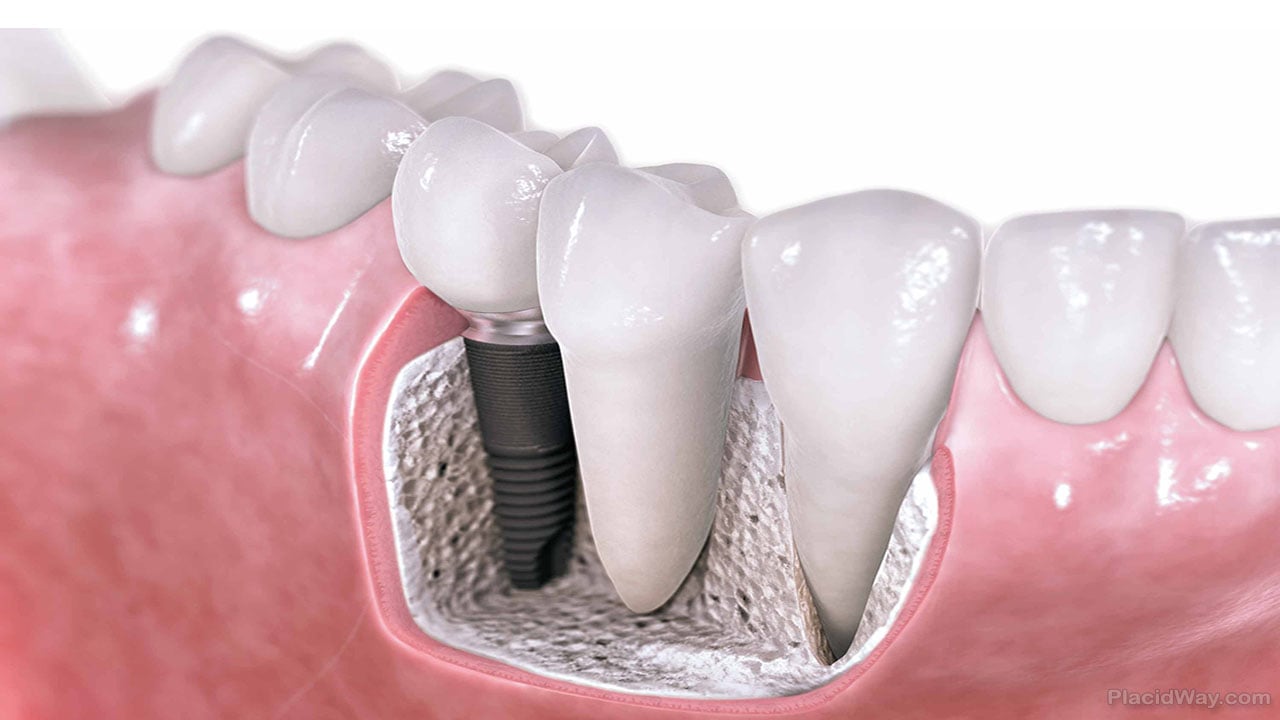 Where does a Crown Prince of Saudi Arabia go for dental work? To Dr. Sargon Lazarof at the Sargon Dental & Implant Institute in Encino. Lazarof is the inventor of Ultratooth, an FDA-approved dental implant procedure that can be completed in one hour and provides a new tooth with full functionality immediately after the surgery. Ultratooth has a lower price than traditional dental implants, but it’s main benefit is the convenience of quick turnaround. For celebrities, royalty or busy executives who don’t want to visit a dentist multiple times or suffer cut and swollen gums for months, it’s an attractive option.

Lazarof started designing the prototype Ultratooth in 1989 and completed his first implant in a human the following year. However, 26 years later – after countless studies, patent challenges and a lawsuit against USC that escalated to the state’s highest court – Lazarof and his business partner Rami Rostami are about to roll out their marketing plan for Ultratooth, a product they say is goingto revolutionize the business of dentistry.

As chief executive of Simi Valley-based BioDent Inc. – the company launched to properly commercialize the dental device – Rostami wants to bring Ultratooth to the masses with a consumer campaign that is scheduled to start in the second quarter. He said the marketing approach will follow the game plan Netherlands-based Align Technology Inc. used to push its Invisalign clear braces, which started with educating the patient about the difference between its product and standard metal braces.

“This is the most disruptive technology that’s been around for 20 years,” Rostami said. “It’s the most advanced tooth replacement system that exists.”

Following extraction of the bad tooth, the Ultratooth process begins by gradually drilling and enlarging the hole through the site of the former tooth root. That new hole is created and shaped to fit the titanium alloy expandable screw that will eventually hold the artificial tooth in place. Once the expandable screw is inserted, an expansion mechanism is activated to expand the implant, compressing it against the bone walls of the surgical site. From there, an abutment is installed on the screw and the artificial tooth is fixed to that, providing the full range of tooth functionality immediately after placement. The entire process takes about one hour.

“Our theory was if we could expand the implant, expand the screw, meet, compact and contact the bone, then a patient could use it right away instead of waiting for months,” Lazarof said.

For standard dental implants, the shortest timeframe is about five months but can last a year or more, according to the Colgate-Palmolive Co.’s Oral Care Center. After tooth extraction and healing, which can take a few months, the area is reassessed to see if bone grafting is needed to strengthen the site of the implant. If this is the case, the patient can tack on an additional four to 12 months before the first surgery, where a cylindrical implant, typically titanium, is placed to serve as the root. It takes about four to seven months for the implant to fuse to the bone.

Then a second surgery takes place where an incision is made to expose the top of the implant and sometimes a holder is inserted for the gum to grow around, taking about two weeks to heal. Finally, an abutment is screwed to the implant and a temporary crown is placed for approximately four to six weeks until the permanent crown is either screwed or cemented to the abutment.

“Dental implants are reported to have a success rate of over 95 percent,” said Dr. Leena Palomo, associate professor and director of periodontics at Case Western Reserve University in Cleveland. “However, they do involve cost, surgery, healing time and require maintenance. The rate of complications has been reported as high as 48 percent.”

Lazarof said Ultratooth has a 97 percent success rate, which is even higher when performed at his Encino office. The price for the patient is roughly $2,500, while the price of a standard dental implant could run anywhere between $3,000 to $4,500 or more, according to the New York Times.

Lazarof has performed the Ultratooth procedure for celebrities, dignitaries and royalty – like Saudi Arabia’s Crown Prince – as a dental solution that minimally affects their demanding schedules. Lazarof treated one French race car driver, and through word of mouth soon had patients from all over the world flying into Los Angeles to receive the one-hour implant.

“I’ve been fortunate to treat very highend clientele, which cannot afford time off and can’t be without their teeth for months,” Lazarof said. “There’s a big difference between wearing a denture and walking out with teeth.”

Lazarof could not disclose the names of his celebrity clients, citing doctor-patient confidentiality.

As of now, more than 50,000 Ultratooths have been implanted throughout the U.S. with Lazarof surgically inserting more than 10,000 himself. BioDent plans on growing this number exponentially, starting domestically and then moving globally.

“We have a lot of interest from Brazil, China, Europe and the Middle East,” Rostami said. “We want to make sure we have it right here and then expand it to other markets.”

Currently, BioDent is in the dentist recruitment phase to build a network of providers to support demand once the company begins marketing directly to the consumer.

The company is working with industry leaders to teach the Ultratooth procedure at dental institutions across the country. In addition, Lazarof is also training instructors at his Encino office.

“Once we have this foundation set up with all the doctors, when the patients call and want to utilize Ultratooth, we have these certified doctors ready to go,” Rostami said.

Dentists will be able to buy Ultratooth materials directly from BioDent to provide the service to patients. Rostami said the infrastructure should be in place by March, right on time to begin marketing to the public.

BioDent will begin the consumer education process through commercials and direct marketing. The plan is to drive customer interest, so patients contact BioDent to find an Ultratooth dentist in their area.

Raquel Baldelomar, chief executive of health care marketing and advertising agency Quaintise in Santa Monica, said a big challenge when attempting to draw consumer interest to a new medical product is to clearly describe the problem the product solves. That can be accomplished effectively through videos, which can appear on TV or online, where social media offers a cost-effective distribution platform.

“You have to tell a story that makes people aware of pain points,” she said. “The fake tooth, the surgery, the complications (associated with traditional implants) – a good marketer will be able to tell that in a short video.”

With training taking place at Lazarof’s Encino office and administration, marketing and sales in Simi Valley, the company subcontracts manufacturing to a plant in San Diego. All Ultratooth components are made in the United States with the majority of operations being Valley-based.

BioDent has about 20 patents accumulated over the years for Ultratooth.

In 1998, Lazarof sued USC for breach of contract concerning a clinical trial agreement that was supposed to test the efficacy of Ultratooth, which at the time was known as the Sargon Dental Implant. In a 12-0 vote, the jury decided in favor of Lazarof on the basis that USC failed in its obligations under the contract. Lazarof sought additional damages and the case moved through the appellate courts to the California Supreme Court. The high court ultimately agreed with the trial court’s decision to limit Lazarof’s ability to seek further damages; however, the university still had to pay approximately $6 million as a result of the suit, according to Lazarof.

Now that the long litigation process has passed and assuming its first commercial product finds traction, BioDent has additional plans to expand beyond implants and rethink the entire dental care sector.

Lazarof has been working on another product called NumBee, which is essentially a needless syringe for numbing patients’ gums prior to procedures. The device resembles a pen with a plastic tip on the end of it that’s inserted between the tooth and gum to localize the anesthesia to the targeted tooth. The FDA-approved product is on the market, but BioDent is still working out its logistics for distribution.

Lazarof is also developing a new dentist chair that hides wires and dental tools to improve the patient experience. He wants to transform dentist visits from cold and intimidating to easy and inviting.

“BioDent is getting all of those ready one by one,” Lazarof said. “But the flagship is the idea of immediate tooth replacement – what we consider the holy grail of dentistry.”

Mary Murphy So You Think You Can Dance
As the inventor of ULTRA-TOOTH and partner of Biodent, Inc. I want to categorically state that our experience with AHPR, Inc. -Arlene Howard PR has been beyond expectations. They deliver what they promise in the exact time frame. They have significantly raised our media profile. Their entire team's work ethics are exceptional. I have had prior PR experiences that fell far short of the promises made but not AHPR. In my book they are the best in the business!