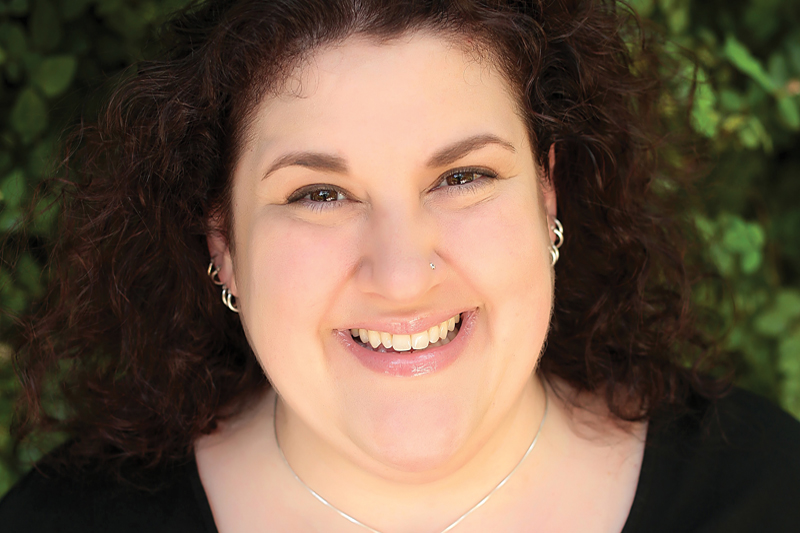 Constance Scharff had been sexually abused for years by her father when she took her first drink, the first of many. She was 11 years old.

But today, she is 17 years sober and the director of addiction research at Cliffside Malibu, a residential treatment center that is among the most prominent in the nation.

Now Scharff, who has a Ph.D. in transformative studies, is joining forces with Rony Alfandary, head of the Center for Therapeutic Professions at Kibbutzim College in Tel Aviv, to share their combined knowledge and years of experience not only to help Israeli addicts but to gradually chip away at the stigma surrounding addiction in Israel.

“A lot of Jews suffer from addiction and we don’t like to talk about it. In Israel, people are treated like a pariah if they have a substance abuse problem, but it’s a treatable disorder and that’s where my passion comes from,” said Scharff, 43.

It’s also a problem that’s on the rise.

“Drug use among young people has been slowly but steadily climbing the last few years among young adults in Israel,” Scharff said. “While there is no data on the recent uptick in violence — after all, it’s still ongoing — it would be unusual not to see an increase in substance use/abuse during something like this. There tends to be a great deal of substance abuse during wars and armed conflicts. Again, this is pretty normal because it is a way for people to calm themselves when tensions are high. What we want to be sure of is that this uptick in substance abuse does not slide over into addiction.”

Cliffside Malibu has treated upward of 2,000 patients — including its fair share of celebrities — over more than 10 years, at a cost of $58,000 or more per month. Its treatment model boasts a 70 percent success rate, according to Scharff, and is the basis for the curriculum she has developed with Alfandary, who has a doctorate from the school of psychoanalysis and hermeneutics at Bar-Ilan University.

The brain of an addict is fueled by an “archaic pain” that leads to addictive behavior, and until that pain is addressed, the behavior won’t change, said Scharff, who moved to Washington state earlier this year but continues to work for Cliffside Malibu.

“Our goal is to get to the underlying pain. What we do is teach psychotherapists to work with complementary therapists for yoga, meditation and acupuncture,” she said. “There’s a saying in neuroscience, ‘What fires together, wires together,’ so you literally build connections in your brain when you do something repetitively.”

Through complementary alternative medicine, according to Scharff, you are able to rewire the brain to engage in healthier behavior that with time becomes the “new normal.”

“We give away our treatment model, it’s not proprietary or licensed. We want people to know what it is so we can help more addicts. We’re Jewish, so Am Yisrael Chai, let’s help the family,” Scharff said.

The “we” includes Cliffside founder and CEO Richard Taite, a fellow Jew who battled cocaine addiction and is now 12 years clean. Taite pays for Scharff, his co-author of the book “Ending Addiction for Good,” to attend neuroscience conferences around the world, and it was at one of these in South Africa that she met Alfandary last year.

Alfandary has adjusted the curriculum to better address issues specific to Israel, especially focusing on training community leaders, such as rabbis, whom addicts most commonly reach out to in place of health care professionals.

“While these individuals care deeply for the members of their communities, they have no training in dealing with substance-abuse problems and don’t often know what kind of advice to give,” he said. “We want to support these community leaders by giving them some skills on how to identify and support addicts who are seeking treatment.”

The curriculum encourages family and community leaders to approach addicts in a nonthreatening and nonjudgmental manner. Alfandary sees it not only as an improvement on a professional level but as a means to help Israelis move past the idea of shame in relation to addiction and to instead see that there is help available.

“When Dr. Scharff teaches in Israel, she brings in science, Torah and her own history of overcoming alcoholism. She makes everyone in the room believe that addiction can be overcome and wasted lives transformed,” Alfandary said. “One thing I’ve learned in my tenure as a psychotherapist is that if an addict believes he or she can change, the war is already won.”

Ultimately, Alfandary and Scharff hope to be able to train enough professionals so that they can use the method on their own.

Scharff, who said her family helped found the first synagogue in Los Angeles, Congregation B’nai B’rith (now known as Wilshire Boulevard Temple), talks about Judaism and helping addicts with equal passion, and attributes the former with providing constant inspiration to pursue the latter.

“There’s the Jewish mindset of we’re all given a set of gifts. Mine is that I can help people with addiction in a positive way. If that’s my gift, that’s the bar. That’s what I have to do every day — to do less than that isn’t Jewish,” she said.

Scharff has visited Israel six times in the past three years, mostly for conferences, and said she’d implement the curriculum for free if she could have her expenses covered. Kibbutzim College is ready to cover most of the costs of a course and is currently seeking about $10,000 to cover travel and living expenses. In the meantime, Alfandary and Scharff are looking into conducting a course online.

“You know, in Judaism we say if you save one life, you save the world,” she said. “We have the answers, so why not share them?”

Paul Dougherty, MD LaserVision
Biodent is thrilled with Arlene Howard PR representation. We made the selection of this firm based on their good work with our colleagues and not more than a few months into our contract she has already delivered beyond any initial expectations. Other PR firms we have used in the past cannot compare with the professionalism, integrity, and creativity of AHPR. We intend on maintaining a long-term relationship with this firm.
Gerard Casale VP Business and Legal Affairs
“You guys are exceeding expectations”