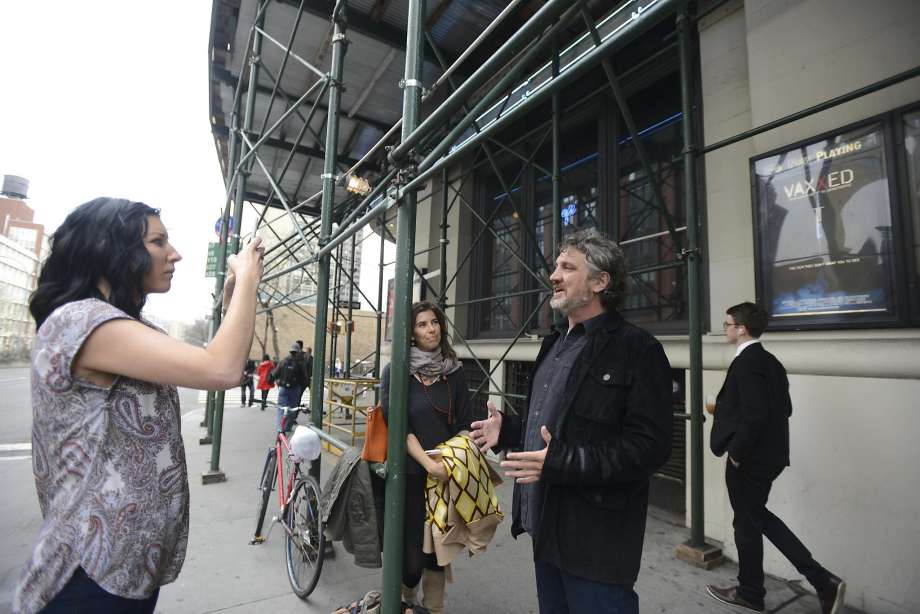 “Vaxxed: From Cover-Up to Catastrophe” is the documentary that, amid controversy, was pulled from the lineup of the Tribeca Film Festival in New York. It asserts a link between the MMR vaccine (measles, mumps and rubella) and autism, particularly when given to children younger than 2 years old.

It is directed by Andrew Wakefield, the gastroenterologist whose findings in this area have been largely discredited by the medical community. So “Vaxxed” can be seen as Wakefield’s side of the story. But it also contains a lot of interesting new information, which is contained in surreptitiously recorded phone calls with Dr. William Thompson, a former researcher from the Centers for Disease Control and Prevention. Thompson, a potential whistle-blower, claims that he was present for the destruction and suppression of findings that established a connection between the MMR vaccine and autism.

The vast majority of people who see this film will not have the scientific knowledge to assess the film’s veracity. But it’s fair to say that the documentary, though characterized as antivaccination, isn’t quite that. The point of view is more nuanced. It’s against the vaccination of children ages 2 and younger. And it’s particularly against the MMR — that is, the giving of three vaccines at once.

The film contains interview after interview with parents who claim in the most emphatic terms that their children were normal until they were given the MMR. According to these accounts, within hours after receiving the vaccine, the children became ill and feverish, and when they came through the illness, they were transformed. If they were able to walk, talk, make eye contact and show affection before the vaccine, they couldn’t afterward.

Viewers will determine for themselves how persuasive they find these anecdotal accounts. However, we live in an age in which parents tend to video-record every stage of their child’s development. And the footage of these infants and toddlers from before they received the vaccine, looking and acting normal, is haunting. Of course, it’s possible that the children would have developed autism anyway, and that one event didn’t cause the other. But the parents presented here are convinced otherwise.

“Vaxxed” is not the end of the discussion and doesn’t contain the whole story. It doesn’t counter its own points. It’s a polemic. But it’s a passionate advocate for its viewpoint, and that makes for compelling viewing.

Vaxxed: From Cover-Up to Catastrophe

Deland Jessop Founding Partner - PolicePrep
As we sought to establish our boutique medical practice in Los Angeles, we needed a crack PR firm to break ranks and to lead the pack. We found Arlene Howard. For designing and executing brand awareness, Arlene and her firm are second to none. Arlene Howard PR is truly the industry prophet. Master of their craft, their industry connections are literally Who’s Who in Los Angeles. They also knew our needs and addressed them like we were family. Their pitches were spot on. Arlene Howard herself has twice the energy of those half her age and clearly holds a deep love for what she does. Throw in her creative, out-of-the-box thinking and her razor-sharp wit and watch things fly! For us, AHPR led us to placement in the New York Times, Playboy, US News and World Report and the Atlantic Monthly and a host of others. With this wickedly good skillset, Arlene Howard’s firm produced the only thing that matters: Results. Impact. Visibility. Awareness. Reputation. Connection. On a 5-star scale, they score an easy 6.

Paul Turek MD, FACS, FRSM Director, The Turek Clinics
As a former producer on a prominent TV news franchise, I met and got calls from publicists on a daily basis. While I have good relationships with several of them, Arlene is one of the few whom I truly trust and respect. So it was a no-brainer that when it came time to promote my book, Healing Herbal Soups, I would enlist Arlene to do the PR. Not surprisingly, she delivered with flying colors.
Genevieve Wong Producer | Writer | Journalist