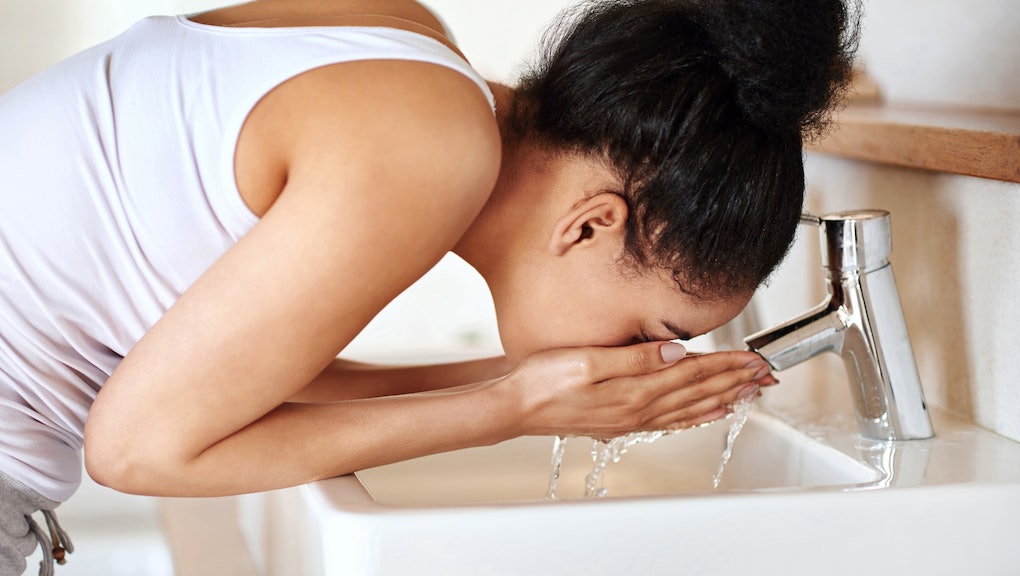 I’m going to be honest and admit that I only heard about the acid mantle recently. I know it’s my job to stay current with wellness trends, but frankly, I thought it was a drug thing. In case, like me, you’ve been out of the loop, an acid mantle is the protective oily film that coats the skin and supposedly protects not just the skin, but the whole immune system. Before you sprain a muscle with your side eye, here’s what dermatologists say about the function of this mystical, invisible barrier.

“The acid mantle is a thin layer on the skin composed of a mixture of free fatty acids secreted from the oil glands mixed with lactic acid and amino acids from sweat,” says Peterson Pierre, a California-based dermatologist. That’s a lot of complicated science words, so for liberal arts grads, it’s the slight film you feel on the surface of your skin most of the time, says Rachel Liverman, an esthetician and co-founder of Glowbar, a skin treatment boutique in NYC.

Mary Murphy So You Think You Can Dance
Arlene and her team are a no nonsense, hardworking, leave-no-stoneunturned bunch. They do it all, and at warp speed. No baloney or false promises, just results, guaranteed to get your phone ringing o the hook, re you are prepared for it, definitely beyond your wildest dreams.

Thom E Lobe, MD Founder, Beneveda Medical Group
I am a board certified plastic surgeon in Beverly Hills and have worked with no less than 4 different PR companies prior to working with Arlene and her team.  I had worked with large as well as small boutique firms.  At the end they were all the same. They promise you the world and then are nowhere to be found.  Arlene and her team not only have done what we intended but so much more.  Arlene is tenacious, persistent and tireless and will do what it takes to get the job done.  I recommend her with confidence and pleasure.