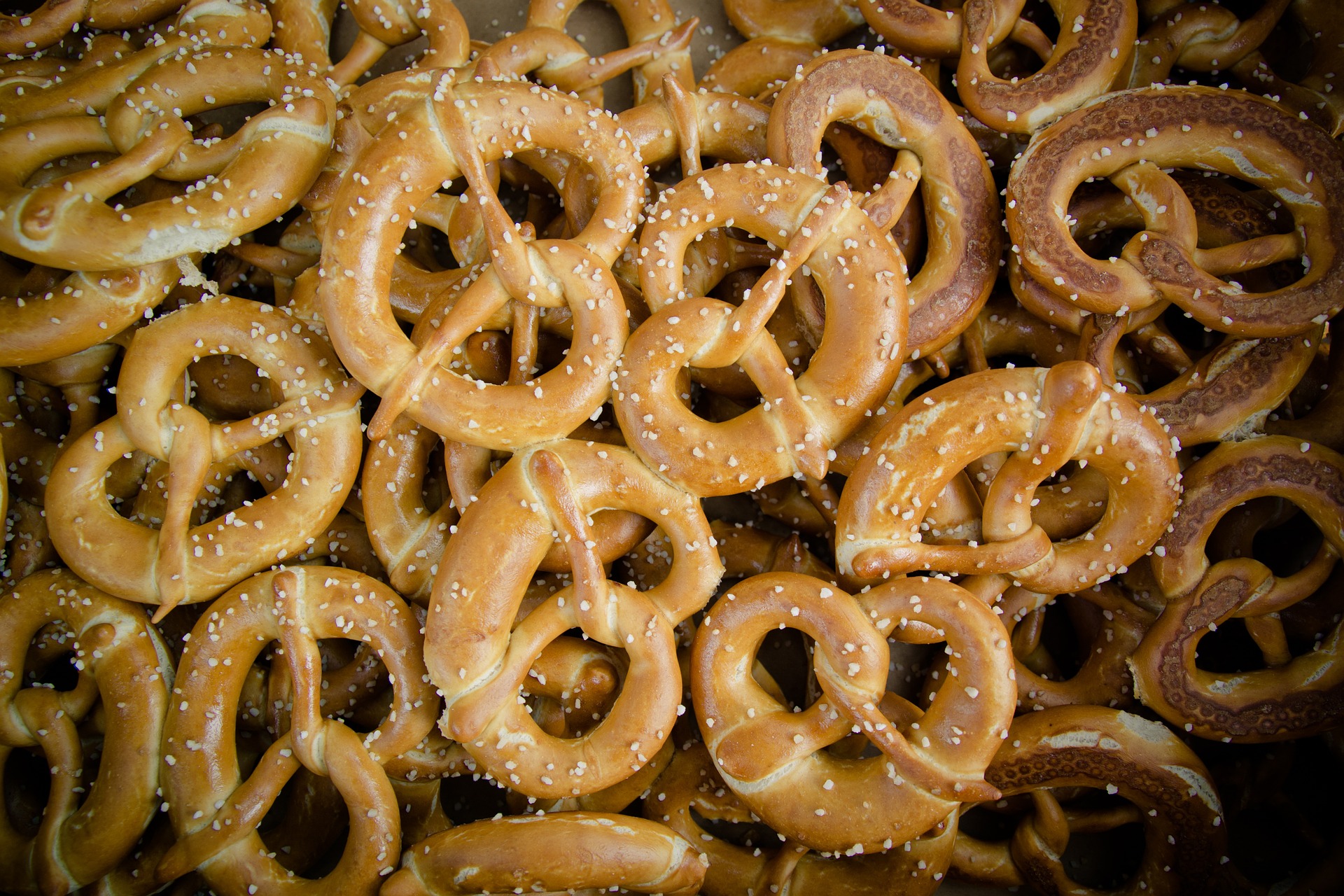 It’s no secret that many of the “healthy” foods lining supermarket shelves are actually junk foods in disguise. Some we’re already aware of (here’s looking at you, fruit juice and flavored yogurt), but others are so deep undercover that they’re probably a regular staple in our shopping carts. They flaunt their misleading health halos like it ain’t no thing–meanwhile, they’re loaded with added sugars and other naughty ingredients that are a total buzzkill for the body.

Which eats are so deceptive that even nutritionists won’t go near them? We went to the experts to find out:

Truth bomb: whole-wheat bread isn’t as healthy as it seems. “The grain is highly heated in the process of turning the wheat berry into flour, which removes the natural vitamins, minerals, and phytochemicals that would naturally be found in wheat,” says Louisiana-based registered dietitian Daphne Olivier. Worse, the typical store-bought whole-wheat bread has up to four times more ingredients than what’s necessary to make bread, in an attempt to preserve it and maintain freshness. “Making the switch to a sprouted grain bread would be a better alternative,” says Olivier. “They contain nutrients that are easier to absorb and generally have less additives and preservatives in them.” (Learn how bone broth can help you lose weight with Women’s Health’s Bone Broth Diet.)

Oatmeal is encouraged as part of a balanced and nutritious breakfast–thanks to its high fiber content–but not all types of oatmeal are created equal. Flavored instant oatmeal (think: maple brown sugar or apple cinnamon) are often high in added sugar and sodium. “Look for oatmeal varieties that list the first ingredient as ‘oats,’ contain less than six grams of sugar, and less than 140 milligrams of sodium per serving,” says Jacquelyn Costa, R.D., clinical dietitian at Temple University Hospital in Philadelphia. Or, choose steel-cut or rolled oats and flavor it using your own cinnamon, nutmeg, and fresh fruit for a fiber-packed breakfast sans unhealthy extras.

The differences between vegetable-enriched and regular pasta are so nutritionally insignificant that swapping one for the other doesn’t impact your health very much at all, says Emily Rubin, R.D., clinical dietitian at Thomas Jefferson University Hospital in Philadelphia. The legit healthier alternative: swapping your go-to pasta for spiraled vegetables or spaghetti squash.

A fried chip is a fried chip–it doesn’t matter if it’s a fried potato chip, beet chip, or taro chip. “The harmful ingredient isn’t (necessarily) the thing being fried but the saturated and trans fats being used in the frying process,” says Adrienne Youdim, M.D., physician nutrition specialist at the Center for Nutrition in Beverly Hills. Plus, most veggie chips have potatoes listed as their first ingredient and contain the same amount of calories as regular potato chips, adds Rubin. Try making your own veggie chips from kale, carrots, or zucchini–these provide less calories, sodium, and fat, and are much more nutritious, she says.

Pre-made smoothies are often made using fruit juice or whole milk as a base, making them not only high in calories, but high in added sugar and fat, says Costa. “A 20-ounce commercial smoothie can be upwards of 200 to 1,000 calories, one to 30 grams of fat, and 15 to 100 grams of added sugar,” she says. Instead, make your own smoothies using frozen fruits and vegetables, low-fat milk, yogurt, and protein powder.

If you’re buying fat-free or reduced-fat peanut butter in an attempt to shed pounds or improve heart health, save your money–not only do both contain roughly the same amount of calories as regular peanut butter, but they’re pumped with added sugars to make up for the missing fat, says Lauren Blake, registered dietitian at the Ohio State University Wexner Medical Center. Ditching the “good” monounsaturated fats that naturally occur in peanut butter could also mean missing out on important health benefits. “Research suggests that individuals who include nuts and nut butters in their diets are less likely to develop Type 2 diabetes and may be protected from heart disease,” says Blake. Look for a natural peanut butter with an ingredient list that contains no added oils, cane sugar, or trans fats.

Frozen meals that are marketed as low-cal and emphasize portion control often clock in at less than 300 calories per entrée and lack vegetables and whole grains, leaving you hungry again in no time, says Costa. These products also tend to be loaded with sodium to preserve freshness, and can contain at least 600 milligrams of sodium or more per serving (the recommended daily intake for a healthy adult is no more than 2,300 milligrams, according to the Center for Disease Control and Prevention, meaning one meal represents over 25 percent of your daily allotted intake). “As a healthier and more nutritious alternative, cook your favorite heart-healthy recipes in bulk and freeze individual portions for convenience,” says Costa.

Sure, this delish snack conveniently gives you access to protein on the run, but most jerkies are chock-full of sodium to preserve the meat. “The increased sodium intake can cause water retention and bloating,” says Rebecca Lewis, R.D., in-house dietitian at HelloFresh, as well as the potential effects of a high-sodium diet on blood pressure. Lewis recommends opting for low-sodium turkey jerky instead. “It’s just as delicious without all the salt,” she says.

Vegetarian “meat” products are often filled with a scroll of questionable ingredients, such as processed soy protein, canola oil, caramel coloring, and xanthan gum. “If you’re a vegetarian or plant-based eater and rely on meatless meals, choose whole protein sources such as beans, lentils, eggs, dairy, fermented soy, nuts, and seeds most of the time,” suggests Blake. Also, be cautious of meat substitutes in a package and make sure to always check the ingredients list for real, whole-food ingredients.

“Pretzels are basically made out of sugar,” says Cara Walsh, R.D., of Medifast Weight Control Centers of California. “The refined-carb product contains no nutrients that are beneficial for health and aren’t satisfying, hence why so many people tend to overeat them.”

Many people assume that using fat-free dressing is a healthy way to save calories. Not so. In fact, you may be missing out on fully absorbing the nutrients in the veggies you’re noshing on. “Salads are full of greens, which contain fat-soluble vitamins, essential minerals, and antioxidants that protect our bodies from disease,” says Blake. “Without the addition of some healthy fat, our bodies are unable to fully absorb the nutrients in salads.” The more you know.

Arlene and her AHPR team are simply the best in the business, the “A Team.” Arlene was recommended to me by a physician friend of mine for whom she had coordinated national media spots on top shows like the Today Show and Nightline. Arlene and I have only been working together for a few months, yet she has already arranged appearances for me with Forbes and Wall Street Journal, and I am on track to be on The Doctors as well…such an amazing accomplishment! Arlene and her team are dedicated, hard-working, creative, successful, and to top it off, they are so fun to work with. Arlene truly takes her clients’ interests to heart, and she rejoices and takes pride in their ultimate success! I highly recommend Arlene and her “A Team!”

Ming Wang MD; phD CEO of Aier-USA, director of Wang Vision Institute, Nashville, TN, USA
I feel very comfortable referring my clients to Arlene Howard PR as she gets results and always delivers what she promises.