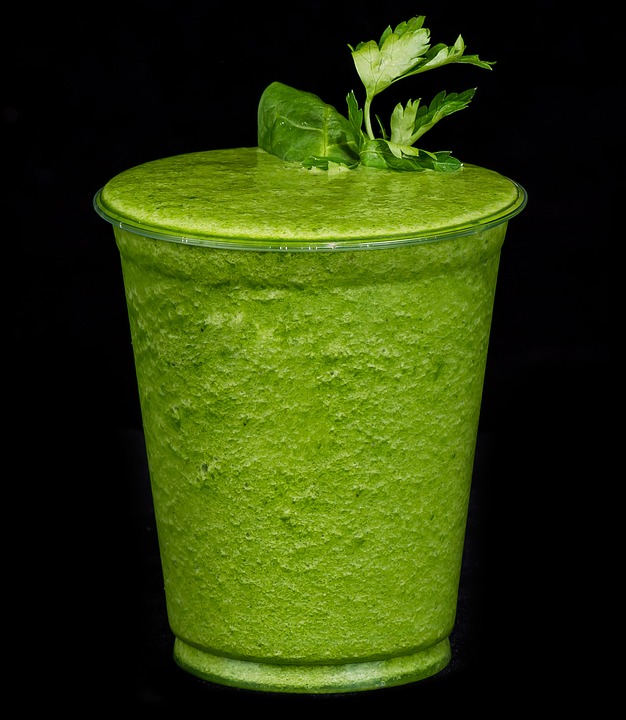 The term detoxification means eliminating harmful substances like alcohol, excess minerals, pesticides, food additives, and other dietary and environmental toxins from your body. But your body has its own detoxification systems in place and is quite capable of purging toxins by itself. “The liver filters the blood coming from the intestines before passing it through to the rest of the body,” says Adrienne Youdim, MD, recognized expert in weight loss and nutrition and preventive medicine. “The liver, kidneys, gastrointestinal system, lungs, and even the skin are all involved in detoxing or cleansing the body of unwanted waste or substances.” Specifically, the liver metabolizes and breaks down toxins and chemicals including medications and drugs and alcohol; the intestines pass and absorb digested food and nutrients and produce natural antibiotics and enzymes to break down toxins and kill microbes that pass out of the body as feces; the kidneys filter blood and eliminate toxins through urine; the lungs expel toxins as you exhale; and, finally, sweating expels toxins through your skin. See? Your body’s got it covered.

Detoxes have some pretty pesky side effects

You might be following a detox program to fit back into those skinny jeans or a too-small dress for a big event, but detoxing could totally derail those plans. “Because a detox diet could include increased consumption of fiber-heavy fruit and vegetables, there’s a risk of bloating and other gastrointestinal problems, including gas and diarrhea,” Dr. Youdim says. “In addition, some detoxes allow virtually no fiber, which could also impact your gastrointestinal system.” A detox can also zap your energy, since you’re consuming fewer calories (aka your body’s main source of fuel). While you may still be able to push through your day and maybe make it to the gym, your energy levels will make it very difficult to complete a quality workday, let alone a hard workout. “An analogy I often give my clients is this: You can put gas in your car and drive it, or you can have an empty tank and push it,” says Roger Adams, PhD, a nutrition, weight loss and fitness expert. “You’ll still get to your destination, but it’s a lot easier to be a driver than a pusher!”

Detoxes can cause you to lose muscle

Because detox diets often result in consuming fewer calories, and specifically from protein sources, you run the risk of losing muscle mass. And, when the diet is too low in calories, especially those coming from protein, the body will rob its own muscles to get energy. “Muscles play a very important role in supporting overall health, especially as you age, so any loss is potentially harmful,” explains Dr. Youdim. “Muscle mass also determines, in large part, your metabolism, so that loss of muscle mass can ultimately result in losses in lean tissue, regardless of how much time spent in the gym.”

Some detoxes literally starve you

Detox programs tend to be hypo-caloric, or super-low-calorie–usually a lot lower than the basic level your body needs. When consuming far fewer calories than you need for several days, the body tends to trigger mini-starvation responses, leading to a decreased metabolic rate (read: fewer calories burned at rest and during exercise), more body protein broken down to provide energy, and even an increase in body fat accumulation (after all, your body needs to store up energy for what it perceives as a famine, or at least lean times). All of this is the opposite of healthy and often leaves the detoxer worse off than before they began their detox protocol. The infamous “Master Cleanse,” which entails drinking copious amounts of lemon water, cayenne pepper, and maple syrup, is one of the most dangerous detoxes and should never be attempted, Dr. Adams says. Versions of this detox include no solid food for several weeks!

Detoxing gives you a false sense of control

Most of us don’t want to worry or make complicated choices when it comes to our diet. So, while healthy eating doesn’t have to be complicated, following a cleanse or detox program that only allows certain foods is a much easier path to follow. The problem is it gives folks a false sense of power over trigger foods or foods they may view as off-limits or bad, like sweets or carbs. “Detoxing gives a false sense of accomplishment when it comes to weight loss,” Dr. Adams explains. “Weight loss is usually water and protein, not fat, so the simplicity of detoxing–the exclusion of foods or entire food groups–promises quick weight loss and a false sense of power over food choices.” It’s also a ticket to putting the pounds right back on. “When you lose weight too quickly, you’ll gain it back just as quickly, so the immediate gratification leads to future disappointment and defeat,” says Sherry Ross, MD, OB-GYN, women’s health expert at Providence Saint John’s Health Center in Santa Monica, California. “A healthy approach is to lose 1 to 2 pounds a week to help keep the weight off long term.”

Detoxes can be straight-up dangerous

This is true especially if you include herbal products or other over-the-counter supplements, some of which have been shown to include harmful substances not noted on the label. In fact, some herbal supplements have been cited as a cause of liver failure in otherwise healthy individuals. “Steer clear of detox diets that rely on laxatives to promote the detoxification,” says Dr. Youdim. “Taking laxatives for an extended period of time can lead to dehydration and can have damaging effects on the large intestine.” Ditto for any detox that requires extended use of diuretics. Using diuretics without the guidance of your doctor can also lead to dehydration, electrolyte imbalance, and, in some cases, heart arrhythmias.

Detoxes totally mess with your metabolism

Your metabolism (a fancy word for how many calories you need or burn throughout the day) is closely tied to the amount of lean tissue in your body, aka muscle. “When muscle is lost because of restrictive dieting or detoxes, the metabolism is also affected, leading to burning fewer calories throughout the day,” Dr. Adams explains. “Further decreases in metabolic rate as the body compensates for inadequate calories by going into a conservation mode, leads to increased fat storage.” In other words, as you consume fewer calories than your body needs, your body will adapt by altering hormones that control energy utilization and fat storage. While weight loss may occur during a detox, an increase in fat deposition also usually occurs, so you may lose weight but gain fat during prolonged detox programs–probably not what you’re aiming for.

Detoxes are not realistic in the long term

Detox diets don’t support sustainable healthy eating habits for long-term health and wellness. “Most of the initial weight lost during a detox is from body water, which we create during the process of digestion and absorption of carbohydrates and fats,” says Dr. Adams. “But many detoxes severely limit these types of foods, causing a large loss of body water.” Once these are consumed in normal quantities after the detox is over, water regain occurs. Additionally, since there’s a loss of muscle and corresponding metabolism on a prolonged detox, your body may be more likely to store fat after a detox than before, which can also lead to rapid weight regain–often more than the original amount lost.

Instead of detoxing, stick to healthy eating

It may not sound sexy, but healthy eating–incorporating fruits and vegetables, lean protein, complex carbohydrates, grains, legumes, and poly and monounsaturated fats in your diet, and limiting red meat, sweets, processed foods, fried foods, and excessive alcohol–is the best way to maintain food health and prevent disease. “Healthy eating has been associated with reduced diseases such as certain cancers and heart disease,” says Dr. Youdim. “Keep half your plate ‘green,’ or consisting of vegetables, even at breakfast, and try to eat lean protein at every meal.” A good rule is to try to reach more for foods from the fridge than from the pantry. Dr. Youdim also recommends prepping foods with limited salt, oil, and sugar and, instead, using more spices and fresh herbs. Good news: By controlling your diet, you’ll reduce your risk of obesity, which affects more than 35 percent of people in the United States, according to the Centers for Disease Control and Prevention (CDC).

Lee Iacocca Author & former President of Ford Motor Company
Arlene and her team are a no nonsense, hardworking, leave-no-stoneunturned bunch. They do it all, and at warp speed. No baloney or false promises, just results, guaranteed to get your phone ringing o the hook, re you are prepared for it, definitely beyond your wildest dreams.

Thom E Lobe, MD Founder, Beneveda Medical Group
I feel very comfortable referring my clients to Arlene Howard PR as she gets results and always delivers what she promises.