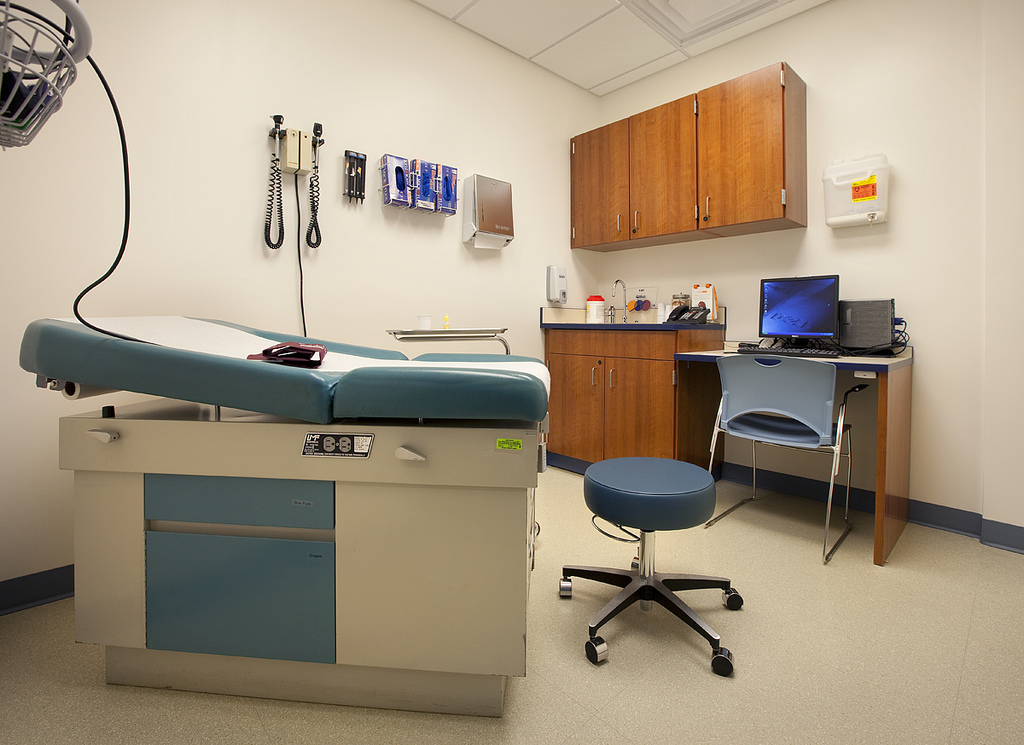 Sex education and women’s health magazines cover some important topics, but there are still so many things women don’t know about their vaginal and sexual health. No one knows better about these facts than your gynecologist, and there are a number of surprising things your OB/GYN wants you to know. You may be afraid to ask, or maybe you’ve just never thought about it before, but there are lots of topics regarding self-care and sex that many women don’t know that much about.

“Unfortunately, many women are still embarrassed or uncomfortable about asking their physician questions about sex and their vagina,” says Ronald D. Blatt, M.D., F.A.C.O.G. over email. “In today’s world women are taking to the internet to find answers to questions they should be asking their physician. They, much more than not, are getting inaccurate or false information. Many women suffer in silence through painful intercourse, vaginal infections, and menopause symptoms.”

Just because it’s an uncomfortable topic does’t mean it’s right for you to be left in the dark. Luckily, I’ve spoken to a few OB/GYNs to come up with 11 surprising things that gynecologists really want you to know.

1. Some Women Really Do Squirt

2. Not Everyone Responds To G-Spot Stimulation

There’s still some debate on whether or not the G-spot actually exists, but the supposed location is one to three inches on the top or anterior surface of the vagina. “Truth is, not all women respond sexually to stimulation of this apparently magical place known as the G-spot, so don’t worry if you’ve tried and failed to locate it,” says Ross. “It is not a magic button, but rather another avenue in achieving sexual pleasure.”

3. Pimples And Bumps Are Normal

“A healthy vagina needs the same hygienic attention as any other part of your body similar to the way we care for our face,” says Ross. “Between urine, sweat and being so close to the anus, cleaning the vagina regularly is critical to prevent dirty bacterial buildup, which could lead to acne, pimples and foul odor.”

4. But If You See Something Abnormal, See A Doctor

An unusual wart could very well be something as innocent as an ingrown hair, but you’ll want to get it checked just to make sure. “It could be warts or herpes or nothing to worry about at all,” says Blatt. “Your physician will let you know.”

5. Lightly Cleaning Your Vagina Is Okay

You may have heard that the vagina is ‘self-cleaning,’ says Dr. Ross. “It sort of is, but using non-fragrant soap and water on the vagina is ok, safe, and recommended. However, avoid douching or using any cleansers with heavy fragrances, which could irritate your vagina.

6. You Can Get Pregnant On Your Period

Just because you’re on you period doesn’t mean you can skip protection.”If you have a short interval between each period, meaning you ovulate early in the cycle, you can get pregnant,” says Ross. “For example, sperm lives for three days, so if you have sex on day 6 of your period and ovulate on day 9, you could get pregnant.

7. Your Annual Exam Is Not Always A Pap Smear

“I recommend my patients get an exam with me every year to check in about issues like contraception, fertility, menstrual or urinary issues, etc.,” says Sarah Yamaguchi, MD, OB/GYN over email. “However, a pap smear is a swab of the cervix that samples cells from it that is screening for cervical cancer. Many patients think that if someone puts a speculum in their vagina, it must be a pap smear, but it is not.”

“Whether you have cold sores on your mouth or sores on your genitals, it’s herpes,” says Yamaguchi. “Traditionally, HSV-1 was found near the mouth and HSV-2 in the genital area, but it does not have to be. By performing oral sex, you can transmit herpes from the oral are to the genital area and vice versa.”

9. Some Discharge Is Normal

Don’t be alarmed just because you see something on your underwear — regular discharge is normal. “Discharge should be clear or very light yellow and shouldn’t be sticky or have a bad odor to it,” says Blatt. “If the smell or consistency seems significantly unusual, especially if it accompanied by vaginal itching or burning, see your doctor.”

10. Some Odor Is Also Normal

Every vagina has a natural scent, and it’s influenced from anything from your diet, as well as smoking, drinking alcohol, or consuming caffeine. However, the odor of your vagina shouldn’t be too unpleasant. “If you — or your partner — notice an offensive, fishy, yeasty, or foul odor, seeing your gynecologist would be recommended to rule out an infection,” says Ross.

11. Your Fertility Starts To Decline At Age 27

“Fertility begins to decline, in general, beginning at age 27 for all women,” says Dr. Shahin Ghadir, M.D., F.A.C.O.G. over email. “Due to some media figures having babies later in life, many women think they are fertile well into their 40’s, but this is extremely misleading. The reality is women are born with a finite number of eggs, which diminish greatly after puberty.” However, just because you’re not having a baby at 25 does not you won’t be able to have one later on — it’s just good to be realistic about the changes going on in your body as you age.

“For my generation I want to say it’s never too late to start talking about the questions you wished you would have asked your health care providers,” says Ross. “You owe it to your body, especially your vagina!”

Biodent is thrilled with Arlene Howard PR representation. We made the selection of this firm based on their good work with our colleagues and not more than a few months into our contract she has already delivered beyond any initial expectations. Other PR firms we have used in the past cannot compare with the professionalism, integrity, and creativity of AHPR. We intend on maintaining a long-term relationship with this firm.
Gerard Casale VP Business and Legal Affairs
As the inventor of ULTRA-TOOTH and partner of Biodent, Inc. I want to categorically state that our experience with AHPR, Inc. -Arlene Howard PR has been beyond expectations. They deliver what they promise in the exact time frame. They have significantly raised our media profile. Their entire team's work ethics are exceptional. I have had prior PR experiences that fell far short of the promises made but not AHPR. In my book they are the best in the business!

Sargon Lazaroff Biodent, Inc.
"I worked with Arlene on a start-up to build brand awareness for Counting Sheep Coffee. I found her and her organization professional, responsive and effective. Arlene even went beyond her duties by introducing us to potential investors and legal advisors. I personally enjoyed working with Arlene and her team.”