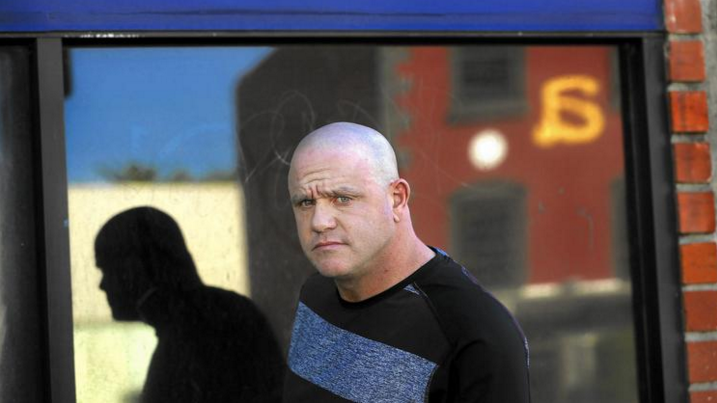 While making a documentary on pharmaceutical companies and prescription drug abuse, Chris Bell was drinking heavily and trolling urgent-care clinics for Xanax in an unraveling of addiction and delusion similar to the slide that had killed his brother years earlier.

Bell’s life was a lie and an irony: a filmmaker crusading against Big Pharma, he was an addict who exposed in others the scourge he kept hidden. His documentary, “Prescription Thugs,” which opens Friday, is a man’s dark venture into an epidemic that highlights the nation’s low tolerance for pain, a powerful drug lobby, lax government oversight and an American culture that craves quick fixes and escapism.

The movie is less a revelation than a perceptive primer on a prescription drug market that has reached into schools, nursing homes, inner cities, suburbia and Midwestern hamlets where abuse of OxyContin and other prescribed opioids have led to increased heroin use in what Bell calls the United States of addiction. The film’s list of victims include Whitney Houston, Michael Jackson, football players, professional wrestlers and a Minnesota mother hooked on her daughter’s Adderall.

Watch the trailer for the film “Prescription Thugs.”

“When you think of a drug addict,” Bell notes in the film, “you don’t think of a housewife with four kids.”

“No,” says the mother sitting in her kitchen, “but we’re everywhere.”

There are about “100 million people in this world who are on psyche [anxiety] meds,” Bell said in a recent interview. “They’re showing up at work, and who knows where their head is at. And these drugs aren’t even proven to be effective. You have 2 million people in the U.S. alone checked out on pain medicine, walking around, driving the same streets as your kids. No one’s making a stink about it. Where are the people going, ‘I am outraged’”?

The United States has 5% of the world’s population but consumes 75% of its prescription drugs. Every day, at least 44 people in America die of painkiller overdoses, and an additional 7,000 end up in emergency rooms. In the last decade, according to the film, 11 of the largest drug corporations made $711 billion; in 2013 drug companies spent nearly $226 million and marshaled more than 1,400 lobbyists to influence Congress.

“It’s the worst epidemic we face in America today,” said Richard Taite, CEO of Cliffside Malibu, a drug rehabilitation center that caters to celebrities. “Every 19 minutes someone dies in this country of an accidental overdose.”

When you think of a drug addict you don’t think of a housewife with four kids.- Chris Bell, director of “Prescription Thugs”

Bell’s is a troubling personal story echoing inside a larger American drama where big business intersects with healthcare. This is a country, after all, where one can go to a medicine cabinet and fill a hand with a kaleidoscope of colors for pain, anxiety, sexual dysfunction, stress and other problems. There’s even a version of Prozac for dogs.

Raised in Poughkeepsie, N.Y., Bell, a husky man with a shaved head and the fading lines of a bodybuilder, was an athlete who once squat-lifted 675 pounds. His brother Michael went into professional wrestling, taking the name Mad Dog and soothing his injuries with an addiction to pain medication.

Bell and his father intervened, but Michael, the subject of his brother’s 2008 film about steroid abuse, “Bigger, Stronger, Faster,” had unhealthy potassium levels and died of unknown causes in a rehab center.

Michael is the film’s lost soul, a man who, when measured against boyhood dreams of fame, failed in the battered rings of second-rate arenas. His predicament and drift into drug abuse allows “Prescription Thugs” to transcend polemics in favor of discerning the dangers that arise when human frailties collide with potent painkillers such as OxyContin, Vicodin and Percocet.

“You get addicted so quick,” said Chris Bell, who 10 years ago, when he was 33, became addicted to painkillers after hip replacement surgery. He later shifted to alcohol and Xanax. “You don’t even see it happening. One day you take two pills every four hours, and the next day you have to take it. Over the course of a month, you become addicted. It just snowballs.”

Bell’s style is reminiscent of Michael Moore and Morgan Spurlock (“Super Size Me”), everyman filmmakers ferreting through suspicions in a ride-along exploration to fix out-of-whack systems. But Bell is more earnest than self-righteous; he’s perplexed by the prescription drug culture and hunts for legitimate answers. His film would have benefited, though, by comments from drug companies (they refused to cooperate) and a more incisive look at how doctors, often unaware of the effects of opiates, became complicit with Big Pharma, most notably in the “pill mills” Florida has clamped down on in recent years.

“I started realizing that I wasn’t getting the full picture,” Gwen Olsen, a former pharmaceutical representative, says in the film. “The information was being presented to me through rose-colored glasses so that I would present it to physicians through rose-colored glasses. I was being encouraged to misinform people, and if I was misinforming doctors, that meant doctors were misinforming patients.”

In 2007, Purdue Pharma, which makes OxyContin, agreed to pay $600 million in fines and damages stemming from criminal and civil charges that executives misled patients, regulators and doctors about the drug’s addictive qualities. The Food and Drug Administration has recommended restrictions on how doctors prescribe painkillers, but Congress has been criticized by drug-abuse prevention groups for not backing stricter oversight on the potency of painkillers and on how pharmaceuticals are priced and marketed.

During the making of his documentary, Bell, who on a regime of heavy drinking and diluting his hangovers with Xanax, interviewed Cliffside Malibu’s Taite, a former addict who founded the facility. The interview lasted three hours, and Bell said he feared that a life of running to emergency-care clinics for a fix would ruin him.

“The whole time during the interview I was thinking I wish I could come here,” Bell said. “I was probably drunk when I interviewed him. But I was also kind of trapped in this situation. The movie was rolling, it was going on. So it wasn’t like, ‘Hey, everybody, time out. Let me fix this drug problem.’”

After the interview, the two drove to Taite’s rehab center to discuss the film.

“Some people just walk into your life and just flip it around,” said Bell. “He [Taite] wanted me to come in his car with him. He’s got this nice Mercedes. We’re speeding down the hill in Malibu from his nice house. I’m like, this guy’s out of his mind, at first. He’s like, errrrrr, and he pulls over the car … and he goes, ‘Listen, your brother dying is what made you a drug addict. We can fix this. We can fix anything.”

Bell said he wasn’t ready to be fixed that day but he did eventually get clean.

Jaime Hernandez, M.D. Southern California Orthopedic Institute
As the inventor of ULTRA-TOOTH and partner of Biodent, Inc. I want to categorically state that our experience with AHPR, Inc. -Arlene Howard PR has been beyond expectations. They deliver what they promise in the exact time frame. They have significantly raised our media profile. Their entire team's work ethics are exceptional. I have had prior PR experiences that fell far short of the promises made but not AHPR. In my book they are the best in the business!

Sargon Lazaroff Biodent, Inc.
As founder of the Furry Angel Foundation, I'm extremely grateful to Arlene Howard PR for their help in exposing our angels and charity with KTLA featuring them on Sunday mornings. Our rescued dogs are finding wonderful families and forever homes because of their help.