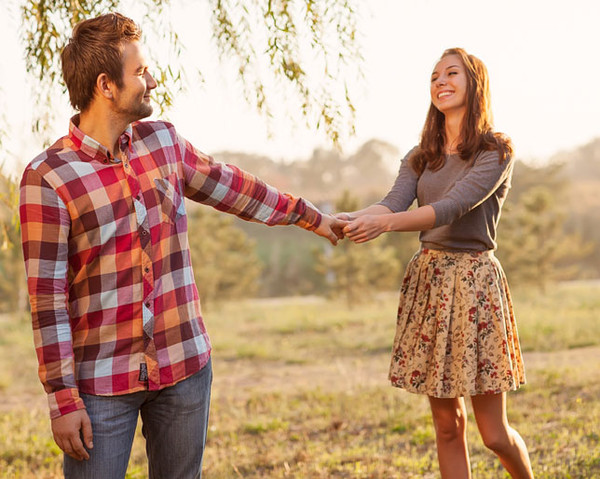 About a year ago, my husband Chris and I made one of the biggest decisions of our lives. We decided to leave our super-awesome (yet incredibly expensive) life in Brooklyn to move to a small beach town in Delaware. Yup, Delaware.

We went through a slew of rationalizations before making the move: “We’ll be at the beach!” “Our family is nearby!” “We can buy a house!” “We won’t have to worry about our baby getting mugged!” They all turned out to be true. We bought a house not far from the beach, we see both of our families on the regular, and our son has only been mugged once (by a kid who swiped one of his treats at a local Easter egg hunt).

Life in Delaware is exactly what we expected, minus one crucial factor: I’m not a huge fan. It’s not that I don’t like Delaware, per se. I mean, the people here are incredibly nice and friendly in a way you only see in movies. It’s just…not NYC.

I miss having a million different things to do at any given moment and a coffee shop at every corner. I miss the really cool job I left to come here and meeting my friends for after-work drinks. But I mostly just miss living in a place as inspiring and exciting as New York City.

Chris, on the other hand, loves Delaware. He’s obsessed with his job and thinks small-town life is charming. He’s the happiest I’ve ever seen him.

So we have a bit of a problem: I’d leave in a heartbeat, and Chris wants to stay. Even though I’d rather live in a city, I won’t move–I couldn’t do that to Chris. He’s finally found his groove, and I can’t take that away from him, even if it means I’m not in my ideal environment.

Curious to see how many others have taken one for the team, I reached out to a slew of women. And it turns out, I’m not alone. Here’s what they shared:

“I commuted from New Haven, Connecticut, to New York City for two years so I could keep my dream job in the city while my boyfriend went to grad school at Yale. It was extremely taxing, and it was depressing to add up how much time I was spending on a train–four hours a day! We also got engaged during this time, which helped me know that we were moving in the direction that I was hoping we would when I decided to move for the sake of our relationship.” –Erin

“I left a good, stable government job so that I could be with my husband when he had to temporarily relocate for his work. It was really scary, and we had some issues at first. It was just hard–all of the sudden I was home 24/7. I’ve gotten into a groove since then and I’m really happy now, but sometimes I think about how all of my friends have great careers and master’s degrees. I eventually want to have that, too.” –Julie

“With two weeks’ notice, I packed up my life and moved halfway across the country to Chicago to be with my long-distance boyfriend. I was excited to be closer to him and start a new chapter in my career, but I knew I’d miss my family and friends. After I moved, I missed home. I hated it. I was bitter. But he proposed a few months later, and eventually, Chicago didn’t seem so awful anymore. I started accepting that I lived there and started to make friends and get involved with networking groups and fitness clubs. I never wanted to be that girl who moved across the country for some guy…especially without a ring. But as our relationship deepened, I realized there’s nothing inherently wrong with being ‘that girl’–and he wasn’t just ‘some guy.’ I took a leap of faith, and luckily, it worked out.” –L’Oreal

“I’ve been a military wife for eight years, and we’ve had to move several times for my husband’s job. I noticed after our first permanent move that I’ve changed the way I interact with new people. I now keep new friends at arm’s length because I know they may move or be temporary.” –Sarah

“My boyfriend and I decided to look for a cool new place to live…and ended up in Arkansas so that he wouldn’t have to travel for his job all the time. I left my condo, friends, and family behind, and when I got there, I thought, ‘What the hell just happened?’ I ended up feeling trapped and left him to move back home. We got back together soon after when he moved to be with me. It all worked out, but it was rough for a while.” –Mya

So it turns out my big “sacrifice” isn’t that uncommon after all. According to psychologist Gail Gross, Ph.D., relationship sacrifices happen more often than you’d think–and women tend to make them more than men. “The hormone estrogen, as well as the oxytocin in women’s brains, makes us sustain relationships better,” she says. “It’s really in women to be more sacrificial. It’s biology.”

Of course, with any sacrifice, the potential for resentment is there. Gross says resentment is usually based more on how the choice was made and not about the choice itself. If a decision to sacrifice is made together, there’s less of a chance that resentment will surface later. Since Chris and I made the decision together to move to Delaware, I don’t resent him for it–I just think my decision-making skills weren’t up to par at the time.

But Gross says potential issues don’t end after the choice is made: It’s key for the benefactor of the sacrifice to recognize how big of a gesture it was and to show appreciation. When that happens, the blow of the big sacrifice isn’t as bad.

I’m lucky: Chris has said multiple times how much he appreciates us being in Delaware, and to be fair, he’s made it clear that my happiness matters, too. He’s said that, while it’s not his top choice, he would leave if I really, really wanted to. I just really, really want him to be happy, too. And right now, that trumps everything in my mind.

Arlene Howard PR is excellent at what they do. With only a month on board I’m extremely impressed with not only the attention we are given but with how quickly things are progressing. They’ve taken the time to really understand our business and are by far exceeding expectations.

Dr. Mohammad, M.D.
Dearest Arlene, I have good news to share with you! Our show America Now has been nominated for an Emmy in the Outstanding Lifestyle Program category. I want to thank you for all of the support you gave our show. We considered you one of the team and believe your efforts and the contributions of your very talented clients contributed to our rating success and now our nomination! Please stay in touch!

Dana Millikin Executive Producer of America Now
As founder of the Furry Angel Foundation, I'm extremely grateful to Arlene Howard PR for their help in exposing our angels and charity with KTLA featuring them on Sunday mornings. Our rescued dogs are finding wonderful families and forever homes because of their help.