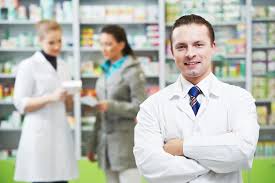 Creative advertising is not synonymous with effective medicine. With billions of advertising dollars spent today by Big Pharma in an avalanche of hype, it’s time for consumers to pause and consider the significant distinction between marketing claims and actual education.

Patients inundated with a barrage of claims about this drug or another now run to their doctor armed with both their self-diagnosis and the drug to treat it. From the doctors’ perspective, this is a case of the patient, to paraphrase, with a little knowledge that can be dangerous. This puts the doctor between the proverbial rock and a hard place between what he/she feels is the most effective prescription versus what the patients wants, having been persuaded by the spell of a television ad campaign. So the by-product of all those glossy ads with aspirational messaging is not necessarily a better informed patient, but a physician’s treatment process that could be focused more on satisfying that patient rather than the effectiveness of a given drug.

Doctors, therefore, have to exercise patience and control in these situations when the ads speak louder than the professionals’ words. Many physicians can attest that it takes an inordinate amount of time to explain to the patient that the advice they saw in the commercial may not be promoting the best course of action for them. The doctor often recognize that it takes less time to give them the prescription (an alternative appropriate to the treatment, of course) and make them happy. At this point, it’s all about patient satisfaction. Physicians routinely face quandaries about prescription drugs, since they may have great success with one drug, but are compelled to shift to another because of the specific panels that insurers cover.

The watershed year for direct-to-consumer (DTC) advertising by pharmaceutical companies was 1997, when the Food & Drug Administration opened the floodgates by relaxing its position on TV and radio advertising. The pharmaceutical industry jumped in with both feet – and more than tripled their collective advertising expenditures over the next decade.

Gone are the days when armies of pharmaceutical companies’ reps periodically visited practices to offer providers every type of incentive to promote their products. It can be argued that, whereas today the patient is the one being seduced by slick ads, in earlier days it was the physicians who were the targets of the marketing ploys from Big Pharma. Although the number of those pharmaceutical missionaries has been significantly reduced, the salesman-type relationship manifested by regular personal visits and lunchtime presentations are, for the most part, still the norm.

A strong case can be made that this DTC advertising represents, in varying degrees, a valuable source of information for many patients, empowering them to participate in an active dialog to discuss options with their healthcare provider. Yet patients and providers have to remember that the source of this medical information is usually invested in promoting one particular treatment. Plus, advertised products are typically brand-name prescription drugs with little or no hint of less expensive alternatives. Some ads can be quite misleading. Caveat emptor.

It’s important to remember that the U.S. is one of the only countries in the world that allows Big Pharma to advertise prescription drugs directly to consumers. Billions of dollars and nearly two decades later, we may have better-informed patients, but is that the same as better educated?

Pervasive drug advertising should be viewed with a measure of skepticism — raising awareness about treatment options is not necessarily the same as cultivating a solid knowledge base.

Rebecca Brooks Co-Founder: Alter Agents
If you are a medical professional or corporation looking for extraordinary people to relay your good news to the media, look no further. Arlene Howard and her staff give focused and enthusiast PR services that go beyond the industry standard. Her approach to PR is a team effort and you must meet her, there's no one like Arlene to get the message out.
April Neale
As we sought to establish our boutique medical practice in Los Angeles, we needed a crack PR firm to break ranks and to lead the pack. We found Arlene Howard. For designing and executing brand awareness, Arlene and her firm are second to none. Arlene Howard PR is truly the industry prophet. Master of their craft, their industry connections are literally Who’s Who in Los Angeles. They also knew our needs and addressed them like we were family. Their pitches were spot on. Arlene Howard herself has twice the energy of those half her age and clearly holds a deep love for what she does. Throw in her creative, out-of-the-box thinking and her razor-sharp wit and watch things fly! For us, AHPR led us to placement in the New York Times, Playboy, US News and World Report and the Atlantic Monthly and a host of others. With this wickedly good skillset, Arlene Howard’s firm produced the only thing that matters: Results. Impact. Visibility. Awareness. Reputation. Connection. On a 5-star scale, they score an easy 6.