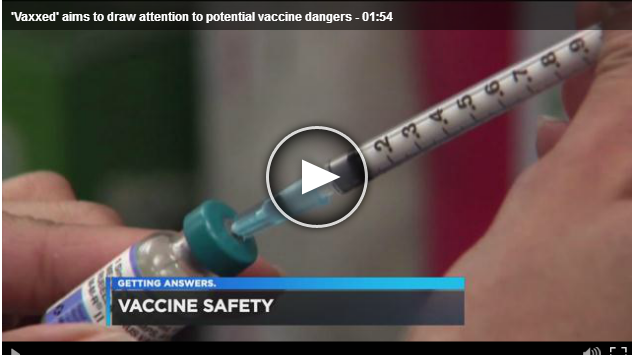 It’s a film aimed at getting your attention.

“Vaxxed: From Cover-Up to Catastrophe” is playing across the country, including the Capitol Theatre in Cleveland where dozens of people purchased tickets for the controversial film.

“Vaxxed” is a film that advocates the use of single-disease vaccinations. Dr. Wakefield tells us the 90-minute film is based on documents from a whistle blower at the Centers For Disease Control — documents that he says the CDC wanted destroyed.

“A senior scientist coming forward and saying we have known for years that there’s an association between a vaccine (for) measels mumps rubella (MMR) and Autism, and we have hidden that from the public, from the medical professionals, ” said Dr. Wakefield.

Siobhan Justin has been a nurse for more than 35 years. She says for years she was in favor of the combination vaccine MMR until a couple of her children had complications with the shots.

“She suffered greatly from vaccines, although I didn’t know at the time that her seizures and her sensory processing disorder was related,” said Justin.

“The link between Autism and MMR has been totally discredited,” explained Dr. Lolita McDavid of University Hospitals.

Dr. McDavid tells us that combination vaccines are safe and that parents shouldn’t be worried about giving their child the shot.

“There was a study from the Institutes of Health that actually was headed up by Dr. Marie McCormick at Harvard, and they found that there was absolutely no relationship between MMR vaccine and Autism,” explained Dr. McDavid.

“Vaxxed” runs through Thursday at the the Capitol Theater. The filmmaker is hoping they’ll extend the showing an additional week.

Biodent is thrilled with Arlene Howard PR representation. We made the selection of this firm based on their good work with our colleagues and not more than a few months into our contract she has already delivered beyond any initial expectations. Other PR firms we have used in the past cannot compare with the professionalism, integrity, and creativity of AHPR. We intend on maintaining a long-term relationship with this firm.
Gerard Casale VP Business and Legal Affairs
"I worked with Arlene on a start-up to build brand awareness for Counting Sheep Coffee. I found her and her organization professional, responsive and effective. Arlene even went beyond her duties by introducing us to potential investors and legal advisors. I personally enjoyed working with Arlene and her team.”

Deland Jessop Founding Partner - PolicePrep
"I had spent an evening with a prospective client at a conference in Florida. We'd had dinner and discussed the possibility of a year-long contract. During my follow up call with him the next week, he mentioned that on his flight home, he saw my photo and comments in an article in the Alaska Airlines magazine. Jokingly, he said he had no idea he was dining with such a big shot. The press that Arlene Howard PR has generated for my small company in just the span of six months is far beyond our wildest expectations."