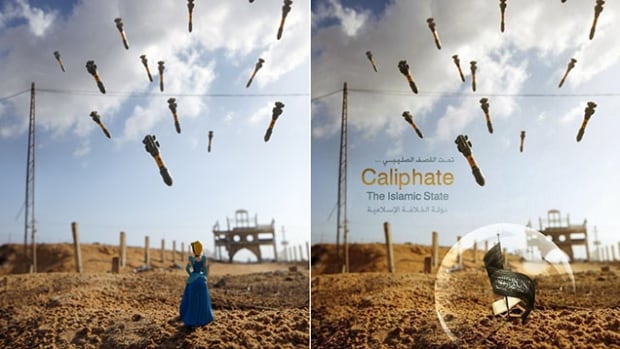 Photographer Brian McCarty recently learned that his artwork had been co-opted by ISIS. Of all the photos they could have chosen, he says this one was particularly painful. (Brian McCarty/ISIS)

In a head-turning art project called War Toys, Brian McCarty explores what it’s like to be a child living, and playing, in a war zone. His photographs feature burning toy buses, dollhouses surrounded by missiles, and plastic soldiers taking aim. They’re based on his experiences with children in Israel, Lebanon, and the Palestinian territories.

As his provocative work spread across the web, the artist soon discovered an alarming infringement: ISIS has been using his art as propaganda. Today McCarty joins Shad to talk about what happens when your work is co-opted, and what it says about the battle for meaning.

WEB EXTRA | View some of Brian McCarty’s War Toys photographs, posted with permission from the artist, below. You can see the full collection on his website. 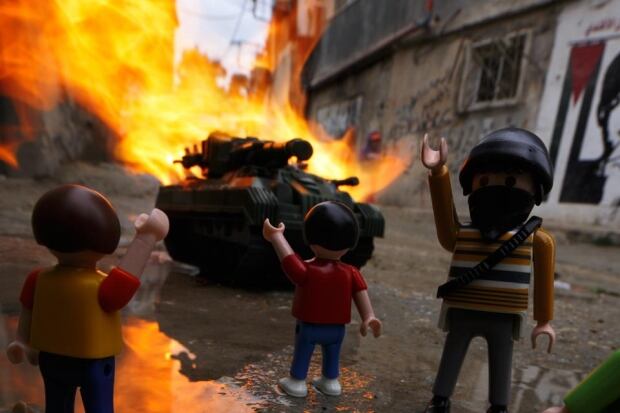 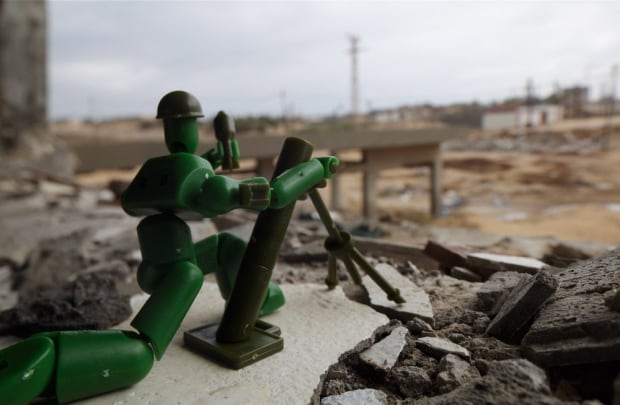 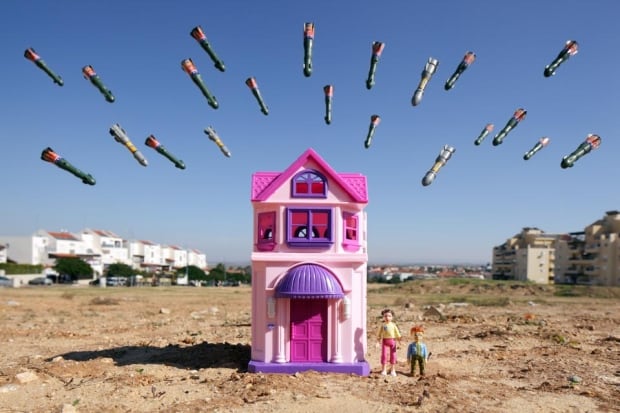 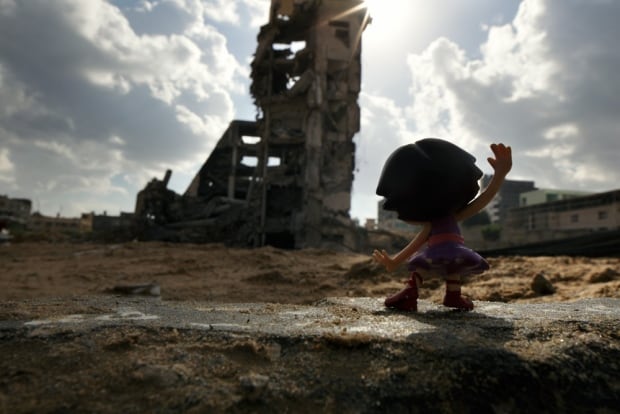 “One of the best business decisions I have made was hiring AHPR as my PR/publicity representatives. They deliver what they promise and beyond and are diligent in their work efforts. Their entire team works on behalf of THE HILLS with great enthusiasm and continuous hi-end media results. She's the best PR woman I've ever had. Couldn’t be happier!!!”

Howard Samuels Founder & CEO THE HILLS TREATMENT CENTER
As the inventor of ULTRA-TOOTH and partner of Biodent, Inc. I want to categorically state that our experience with AHPR, Inc. -Arlene Howard PR has been beyond expectations. They deliver what they promise in the exact time frame. They have significantly raised our media profile. Their entire team's work ethics are exceptional. I have had prior PR experiences that fell far short of the promises made but not AHPR. In my book they are the best in the business!

Sargon Lazaroff Biodent, Inc.
"I had spent an evening with a prospective client at a conference in Florida. We'd had dinner and discussed the possibility of a year-long contract. During my follow up call with him the next week, he mentioned that on his flight home, he saw my photo and comments in an article in the Alaska Airlines magazine. Jokingly, he said he had no idea he was dining with such a big shot. The press that Arlene Howard PR has generated for my small company in just the span of six months is far beyond our wildest expectations."