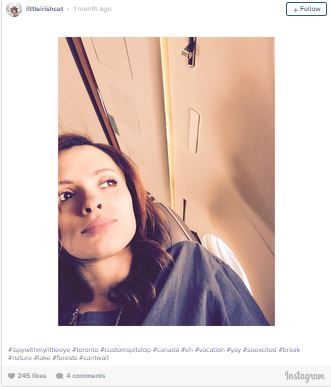 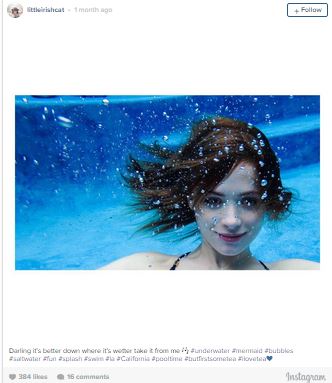 Cathriona White, the stunning Irish born former girlfriend of actor and comedian Jim Carrey, was found dead of an apparent suicide, according to law enforcement sources in Los Angeles.

The 29-year-old makeup artist had been in an on-again, off-again relationship with Carrey, 53, since they first met in 2012, according to reports.

Carrey released a statement Tuesday saying he was shocked and saddened to learn about White’s death.

“She was a truly kind and delicate Irish flower, too sensitive for this soil, to whom loving and being loved was all that sparkled,” he said. “My heart goes out to her family and friends and to everyone who loved and cared about her. We have all been hit with a lightning bolt.”

White’s social media accounts like Instagram are filled with arresting compositions showing she had an artist’s eye.

The news of her suicide has many medical experts urging anyone who has feelings of hopelessness to seek immediate help.

“Suicide is always a preventable death. That’s the tragedy of everyone who dies by their own hand; there’s help available if only they’d known about it and believed change was possible. Was substance abuse involved? What was Ms. White running from? Allow this death to shed a spotlight on mental illness, particularly suicidal thoughts. If you have a loved one in need of help, reach out and get it for them. It really may save their life.” says Richard Taite, founder and CEO, Cliffside Malibu.

Condolences to all of Ms. White’s family and friends.

I feel very comfortable referring my clients to Arlene Howard PR as she gets results and always delivers what she promises.

Patty Glaser Glaser Weil Fink Jacobs Howard Avchen & Shapiro
I am a board certified plastic surgeon in Beverly Hills and have worked with no less than 4 different PR companies prior to working with Arlene and her team.  I had worked with large as well as small boutique firms.  At the end they were all the same. They promise you the world and then are nowhere to be found.  Arlene and her team not only have done what we intended but so much more.  Arlene is tenacious, persistent and tireless and will do what it takes to get the job done.  I recommend her with confidence and pleasure.

Rady Rahban MD, FACS Board Certified Plastic and Reconstructive Surgeon
It seems the Arlene Howard team is always searching for that next opportunity that presents in the media. I have been surprised to be contacted by Arlene or her staff on weekends, or later in the evening when something exciting is about to happen. Arlene’s personal relationships and attention to detail has provided our practice with opportunities that have added to our cache in the field of plastic surgery throughout the world. Arlene’s service has, even in these tough economic times, added to my bottom line. The media hits she's orchestrated have allowed me to enhance my website with videos from a list of television shows that gives my practice a competitive edge, along with prestige and future opportunity.