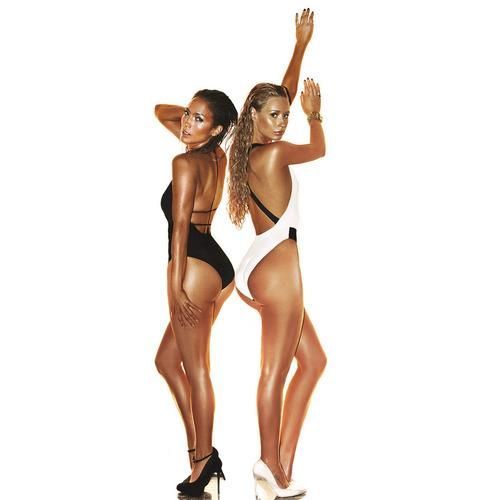 We’ve been in the Era of the Big Booty for a while now, thanks to celebrities like Iggy Azalea, Nicki Minaj, Jennifer Lopez, and Kim Kardashian. We’ve gone from trying to jazzercise our bums away to working out to enhance every curve we’ve got. The good thing is that the ongoing cultural obsession with the booty has ushered in a moment where women’s curves are being celebrated rather than shamed. We’re no longer into wasting away toward waifdom or modeling our #BodyGoals after strung-out heroin users. Instead, there’s been more mainstream acceptance of curvier female figures and intense backlash against those who criticize it. (Just check out what happened when detractors recently called Serena Williams’s physique “manly.”)

The only problem is that we’ve possibly traded one obsession for another. Has getting the perfect butt become just another item on a long list of idealized body parts a beautiful woman is supposed to have?It would seem so, given the boom in businesses that promise to help women achieve the perfect booty. There are butt-enhancing jeans, butt lifters, and padded panties, as well as pills, creams, and lasers that claim to boost the size of your rear. In 2014, there was a 98 percent increase in butt implants, plus a 44 percent increase in butt lifts. Similarly,RealSelf.com, an online plastic surgery community, reports search increases of 33 percent and 31 percent for information on butt implants and Brazilian butt lifts, respectively.

“There’s been a tsunami of interest in contouring the buttocks,” explainsConstantino Mendieta, MD, a Miami-based plastic surgeon and author ofThe Art of Gluteal Sculpting, who reports that butt enhancement now makes up 70 percent of his practice. The quest for the perfect booty is now global, with surgeons like Mendieta traveling as far as Egypt and Saudi Arabia to instruct local doctors on the latest techniques.

Also adding to the frenzy: social media feeds dedicated to finding and praising the best butts, with tags like #BootyGoals and #Belfie (that would be a “butt selfie,” if you’re not up on the lingo). Newer to the scene is the tag #UnderButt, which captures and celebrate shots of the space on a woman’s body where the buttocks meet the legs. There is also #SideButt, which can either be profile shots to show how much one’s booty protrudes or seated shots wherein the poser spreads her flesh in order to accentuate just how much of a booty she has. Either way, the message is clear: No shapewear or other accessories needed here.

Venerating and idolizing certain female body parts is nothing new, points out Melanie Klein, a professor of sociology and women’s studies at Santa Monica College. Remember how showing off a peek of butt crack was the new cleavage a few years back? But what is new is the amount of exposure we’re all subjected to — both from corporate media giants and our peers on social media — and the fact that all of it, including our own selfies, is digitally altered. “The sheer volume of images we’re exposed to is unprecedented, as is the degree of manipulation.” says Klein. “Together they’re creating a beauty standard that doesn’t even exist in real life.”

For some, endeavoring to achieve the perfect booty — or finally embracing curves instead of trying to exercise them away — is about self-empowerment and acceptance. “Growing up, I wanted to be a ballerina, but people made fun of my ‘thunder thighs,'” recalls Kelly Brabants, a personal trainer at BFX Studio in Boston, where she teaches a class called Booty by Brabants. But the shift in mainstream definitions of beauty has transformed how she feels about her own body — and inspired her to help other women find similar inner confidence. “Because of everything that’s happened over the past few years in pop culture, I’ve been able to accept and grow into my body.” And she channels that feeling into her workout philosophy, which is about improving on — and liking — what you’ve got.

For 34-year-old Jada (*name has been changed), who lives near Miami, getting a more perfect butt was her way of feeling comfortable with her body again after having two children. She spent months trying to work on her physique through diet and exercise after having kids, but she wasn’t satisfied with the results. And feeling bombarded by media images of women flaunting perfect bottoms didn’t make it any easier. “When you’ve got models and celebrities everywhere with a small waist and a big butt, it leaves you wanting the same,” says Jada. So, she spent a year researching her options and picking a surgeon based on reviews and comments she found online. “It wasn’t about finding a bunch of wish pictures, but figuring out an improved body shape that’s right for me.” According to Mendieta (who did not treat Jada), his patients call their enhancement procedures “empowering” and “life-changing.” “Not just because of the attention they receive,” says Mendieta, “but because it gives them the self-confidence to do things they wouldn’t have done before” — including getting out of abusive relationships.

It seems the Arlene Howard team is always searching for that next opportunity that presents in the media. I have been surprised to be contacted by Arlene or her staff on weekends, or later in the evening when something exciting is about to happen. Arlene’s personal relationships and attention to detail has provided our practice with opportunities that have added to our cache in the field of plastic surgery throughout the world. Arlene’s service has, even in these tough economic times, added to my bottom line. The media hits she's orchestrated have allowed me to enhance my website with videos from a list of television shows that gives my practice a competitive edge, along with prestige and future opportunity.

Dr. Constantino Mendieta Beauty Aesthetic Institute for Plastic Surgery
I’ve worked with Arlene Howard for years. In the fast-paced, cut-throat world of live morning television, Arlene stood out among the hundreds of publicists emailing and calling in pitches to me. Why? Because she does not pitch generically. She knows her client, she knows her media outlet and she sends pitches that are personally crafted. I am in awe of her energy, perseverance, persistence and genuine love of helping clients get the exposure they deserve. She is a creative mind and always brainstorming who and how to put her clients on the map. Any business looking for an A+ publicist would be lucky to get Arlene and her team behind them.

Nicole Prentice Williams President, Prentice Williams Media
I have known Arlene personally and professionally for over 25 years. In all that time I can say without a doubt she takes better care of her clients than any other public relations person I have known. Her communication skills are only surpassed by her persistence to get the job done – and done right. She’s the person you want on your team in a time of crisis as well as the person you want in your corner as a friend.