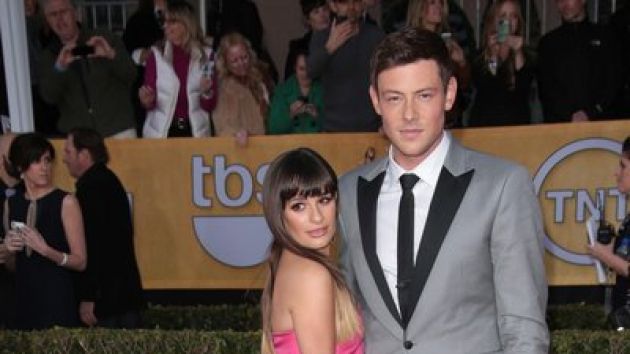 “Glee” star Cory Monteith has entered a rehabilitation facility where he is being treated for an unspecified substance addiction, his publicist said on Monday.

Monteith’s team “asks for your respect and privacy as he takes the necessary steps towards recovery,” the publicist’s statement said.

The statement offered no details on the nature of the addiction other than that it was a “substance addiction.”

Monteith was cast in 2009 as footballer Finn Hudson, but was cut from the show’s final episodes later this season.

Lea Michele, Monteith’s girlfriend and “Glee” co-star, issued a statement saying, “I love and support Cory and will stand by him through this. I am grateful and proud he made this decision.”

This is Monteith’s second rehab stay, and he has talked openly about his serious drug problem during his early teenage years, entering a treatment facility at age 19.

Cliffside Malibu medical consultant Dr. Damon Raskin – a former child star himself – has insight on the pressures of maintaining fame and safeguarding health.

“You have to respect ‘Glee’s’ Cory Monteith,” says Dr. Raskin.

“This is a young actor who had a substance abuse problem and faced it at 19 by getting himself clean with rehab and when he felt himself slipping into that life again, he dealt with it immediately. Monteith didn’t wait for his life to spiral out of control as we see so often with Hollywood’s young stars.”

Dr. Raskin continued: “”It is true that an addict has to be vigilant even years after confronting his addiction, they are always vulnerable to using again. Clearly, there has been some additional trauma or a stressor that has possibly rekindled the addiction and going to rehab is a great step forward in recovery.”

Lee Iacocca Author & former President of Ford Motor Company
As the inventor of ULTRA-TOOTH and partner of Biodent, Inc. I want to categorically state that our experience with AHPR, Inc. -Arlene Howard PR has been beyond expectations. They deliver what they promise in the exact time frame. They have significantly raised our media profile. Their entire team's work ethics are exceptional. I have had prior PR experiences that fell far short of the promises made but not AHPR. In my book they are the best in the business!

Sargon Lazaroff Biodent, Inc.
Working with Arlene Howard PR and working with Arlene personally has been a great experience . In short she gets the job done and produces what she says she can produce !! If I had to give her a nick name I would say go-getter!! Her entire team is on the ball and don't let anything slip through the cracks !!